Tk 5 lakh damages for accidental death of any RMG worker 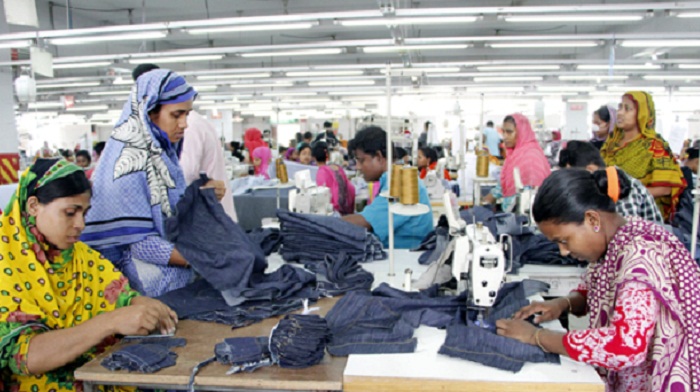 State Minister for Labour and Employment Mujibul Haque Chunnu on Sunday said the ready-made garment worker who will face unnatural death at workplaces would get at least Taka 5 lakh in compensation. The decision will be effected from January next year.

The junior minister made the disclosure while speaking at the launching ceremony of a project on industrial relations at hotel Sonargaon in city, reports BSS.

"The workers who would be victims of accidental deaths in their workplaces at ready-made garments (RMG) factories will get Taka 5 lakh from January next year," Chunnu told.

He added of the amount, concerned insurance companies would pay Taka 2 lakh while the rest Taka 3 lakh would be provided from a workers welfare fund, developed by the RMG entrepreneurs and the Bangladesh Garment Manufacturers and Exporters Association (BGMEA).

Denmark and Sweden fund the project aimed to facilitate social dialogue with particular focus on collective bargaining, dispute prevention and resolution and arbitration with special importance to the women workers, Haq said.

The announcement came as the state minister was addressing the launching of the project on "Promoting Social Dialogue and Harmonious Industrial Relations in Bangladesh Ready-Made Garment (RMG) Industry".

The ILO chief added that the project was launched as Bangladesh made much progress in recent years in terms of workers welfare while the new initiative would contribute towards improved working conditions and labour rights in the garment sector, in line with relevant international labour standards.

ILO's Assistant Director General and Regional Director for Asia and the Pacific Ms Tomoko Nishimoto gave the opening remarks at the function.

The project's partners are the Labour and Employment ministry, Department of Labour from the government side.