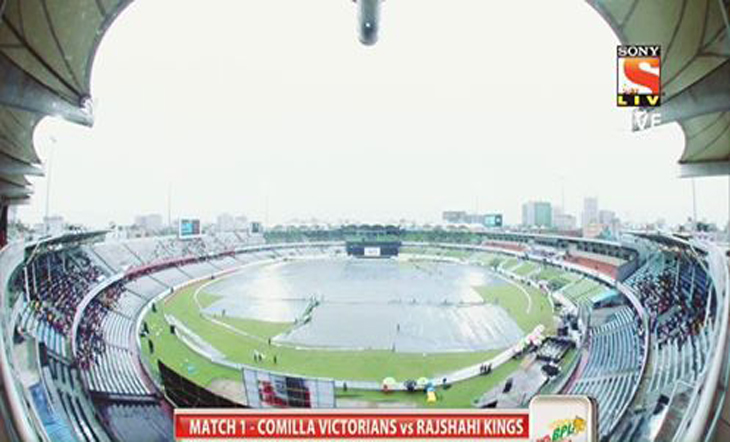 The first match of Bangladesh Premier League T20 2016 between Comilla Victorians and Rajshahi Kings has been called off due to rain at Shere Bangla National Cricket Stadium in Mirpur. Although the toss was held.

Bangladesh’s main domestic Twenty20 league – BPL started it’s fourth edition today. But the fans did not want a sad start. The opening match of defending champions Comilla Victorians and new franchise Rajshahi Kings is abandoned due to rainfall in Dhaka.

It rained in Dhaka since Friday (4 November) morning which is unseasonal in this part of the world. The toss started at the right time at 2:00 pm at SBNCS. Rajshahi skipper Darren Sammy chose to bowl first after winning the toss.

Before the start of the match, Bangladesh Cricket Board (BCB) President Nazmul Hassan Papon announced the beginning of BPL 2016. He shook hands with the players of both teams.

The match was scheduled to start at 2:30 pm. But it started raining in Dhaka. The rain continued. 5:16 was the final time for the game to start which would have 5 overs per side. But that washed away too.

The match officials decided to call off the inaugural match of Bangladesh Premier League 2016. This is the first time rain has hit in a BPL match in four seasons. Source: bdcricteam