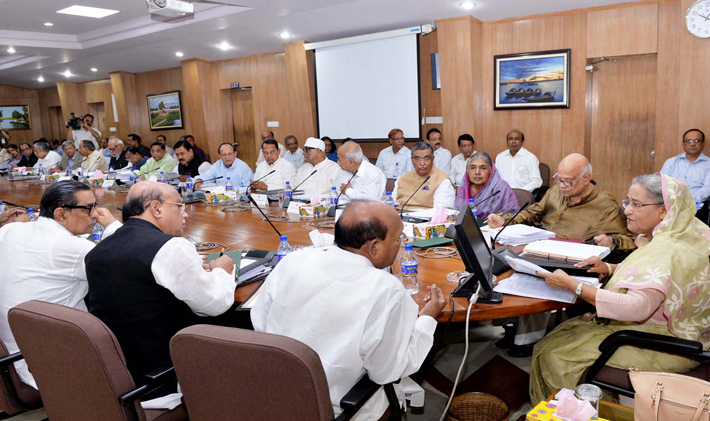 The cabinet today approved the draft of "The National Tax Card Policy, 2010 (Amendment)" increasing the number of national tax cards to 125 from existing 20, BSS reports.

"The new policy has proposed to raise the number of national tax cards to 125 from existing 20," Cabinet Secretary Mohammad Shafiul Alam told reporters after the regular weekly meeting of the cabinet today. He said the cards would be provided to highest individual and company taxpayers to establish a 'revenue-friendly culture' at all levels of state.

Briefing reporters after the meeting, the cabinet secretary said under the existing policy, a total of 20 highest tax payers --10 in individual category and 10 in company category - were so far being awarded the national tax cards every year.

Alam said according to the new decision the highest tax payers at the individual level would get 64, the companies would 50 and the rest 11 would be earmarked for others.

In other categories, four firms, one local authority and two individual bodies will be awarded the national tax cards, the cabinet secretary said.

Alam said the cabinet, however, gave the authority to the finance minister to raise the number of national tax cards, if necessary, after consultation with the NBR in this regard.