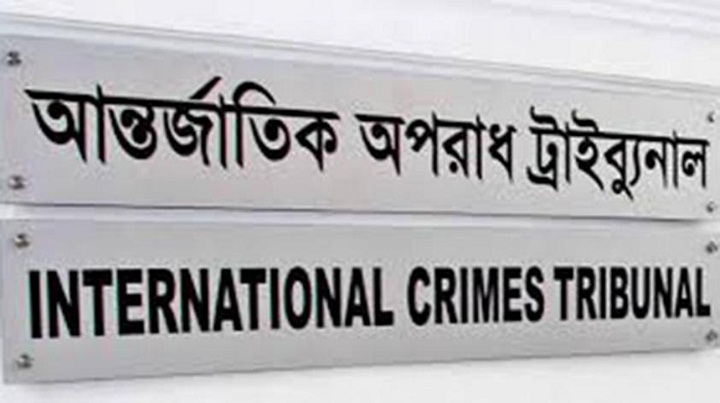 The International Crimes Tribunal on Monday set December 11 to give its judgment whether it will accept six charges against eight alleged war crimes suspects of Mymensingh, including Jatiya Party MP MA Hannan and his son Rafique Sazzad.

The ICT fixed the date after hearing the arguments of both sides.

ICT prosecutors pressed the charges against the eight war crimes suspects on Sunday. The charges include mass killings, killings, torture and looting.

On October 1, 2015, police arrested MA Hannan, JaPa MP from Mymensingh-7 (Trishal) constituency, along with his son in connection with a case filed for their crimes against humanity during the 1971 Liberation War, from Gulshan area in the capital.

On May 19 last year, Rahima Khatun, widow of martyr freedom fighter Abdur Rahman of Bailor Munshipara in Trishal upazila in Mymensingh, registered the case with the District Cognisance Court-1 against three people, including MA Hannan, 70.

The case was filed with the Senior Judicial Magistrate Court No. 1 of Mymensingh under Section 3 (2) of International Crimes Tribunal Act 1973. Later, magistrate Ahsan Habib sent the case to the ICT in Dhaka.

In the case statement, Rahima alleged that Hannan, the then secretary of Mymensingh Peace Committee, an anti-liberation organisation, and other local collaborators, including Fakruzzaman and Rabbani of the Pakistani army, held her husband at Bhangnamari Char in Gouripur upazila on August 9, 1971.

Rahman was later taken to a torture cell set up by the Pakistani army on Bangladesh Agricultural University campus and Hannan himself shot him to death after torturing him, the complainant alleged. Jatiya Party Presidium Member MA Hannan was elected MP from Mymensingh-7 constituency (Trishal) in the 10th parliamentary elections held in 2014.