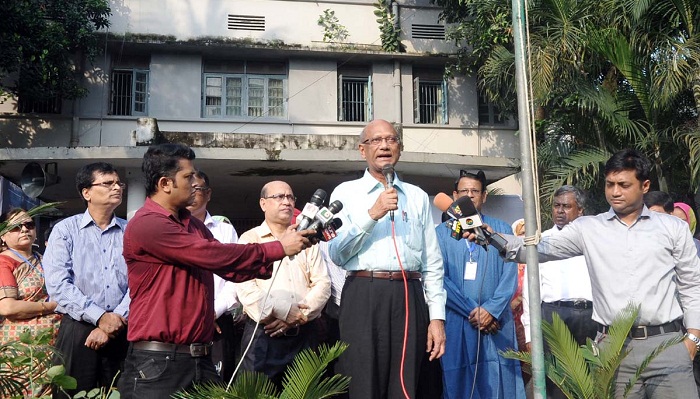 Education Minister Nurul Islam Nahid on Tuesday reminded educational institutions of the mandatory provision to get national anthems sung ahead of starting academic activities everyday expecting them to properly comply with the order.

"After assuming office in 2009, the present government issued an order making it compulsory to get the national anthem sung and national flag hoisted at every educational institution," he told an assembly at the premier Dhaka College to witness the compliance of the provision.

He added: "I hope every institution will follow the directive in appropriate manner."

The minister called upon the students to practice the country's culture, heritage and take interest in the history to get rid of social curses like terrorism, militancy, drug addiction and eve teasing.

He also called upon the guardians and teachers to instill the native culture and heritage into the minds of young generation to save them from the venomous bite of militancy and terrorism.