A survey conducted in 2013 revealed that 17 lakh children aged 5-17 years are engaged in hazardous work and 91 per cent of them are male.

Child force of Bangladesh is at high risk due to toxic chemicals used almost at every workplace, said experts.

"In our country indiscriminate use of chemicals at almost every workplace is a common phenomenon. Hundreds of people die annually due to their hazardous work particularly in ship- breaking, tanneries, chemical industries and farming which are in the top death ranks," said National expert on Chemical Safety Dr Shahriar Hossain.

Mentioning different studies in Bangladesh, the expert said, "Around 85 per cent farmers exposed to toxic and hazardous pesticides and other chemicals during their work where their children were also involved and more than 30 per cent of them become seriously ill."

In the ship-breaking industries more than 1000 workers, including children, died due to chemical poisoning since 1996 in the country, he said adding around 20,000 tannery workers are at high health risk.

Almost all children are exposed to toxic chemicals at their work places while three to five hundred workers lose their jobs due to serious illness every year.

The government listed 38 categories of work as hazardous for children, including butchery, chemical, working in bidi-cigarette factories, handling goods in ports and ships and working as driver's assistant for bus, truck and other vehicles.

Ten years old "Sohel" was seen assisting the driver of a human hauler at Mirpur-10 intersection at around 10 am right in front of a police box.

Under the stormy weather, Sohel was thumping on the roof of the make-shift passenger carrier and calling for commuters. He was coughing from the vehicle's emissions and in the rain.

However, when asked whether fumes, dust and rain were bothering him, Sohel proudly answered, "No, I am not a kid," and argued that as he earns his own livelihood, he is a grown up guy.

Sohel, who was unaware of the existence of the list of hazardous jobs, does not know that his profession has been marked as dangerous and risky for people under 18 years of age.

The National Child Labour Elimination Policy 2010, provides a framework to eradicate all forms of child labour from the country and fixed five hours work per day so that the work could not create pressure on a child's physical and psychological development.

Child rights specialist Executive Director of Manusher Jonno Foundation Shaheen Anam pointed out several loopholes in the policy including supply and demand. She said lack of awareness among guardians and socio-cultural practices might lead to the failure of the framework.

"Employers want to appoint children since they can be exploited with low salary and without facilities. The guardians are sending their kids to meet this demand, with a hope that they might be raised in a comparatively better condition."

"So long as such vicious circles are not broken by law, child labour cannot be eliminated, she added."

Expressing concern over the use of chemicals at work places, Shaheen Anam said, "Lack of knowledge and awareness of owners and labourers are also responsible for the hazard ... both the owners and workers have to be conscious to minimize the health risk."

The child right activists called for massive awareness campaigns to publicize the 38 risky jobs to discourage factory owners and parents from employing the kids in any hazardous work.

They said, according to 2006 labour law, the minimum legal age for employment is 14. As 93 per cent of child labourers work in the informal sector - in small factories and workshops, transports on the streets, home-based businesses and domestic employment - the enforcement of labour laws is virtually impossible, they added.

They observed that long working hours, low or no wages, poor food, isolation and hazards in the working environment can severely affect children's physical and mental health. Child labourers are also vulnerable to other abuses such as racial discrimination, mistreatment and other abuses. 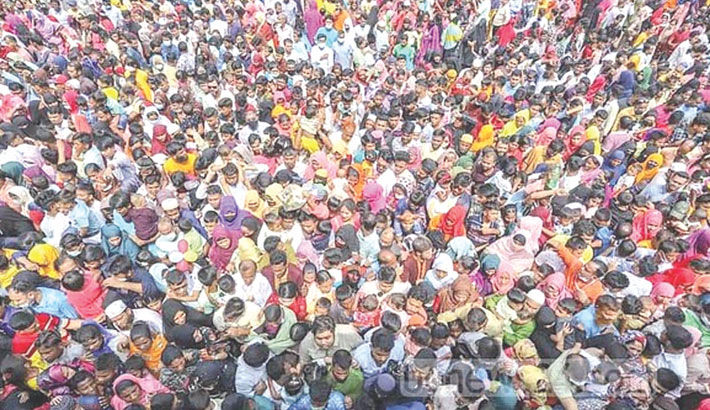 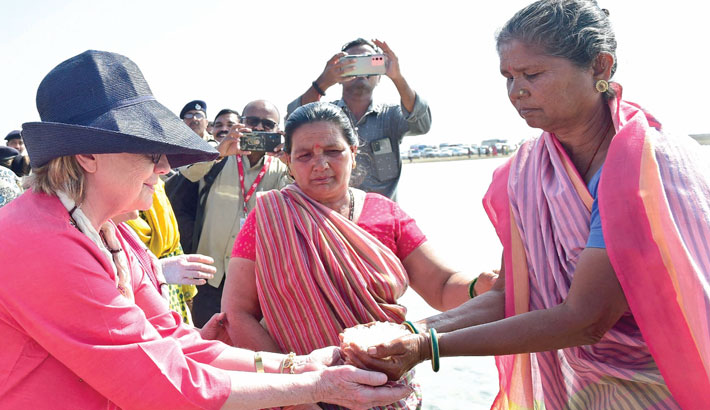 Former US Secretary of State Hillary Clinton (L) accepts granules of salt from a salt pan worker at Kuda village, in Little Rann of Kutch on Monday. AFP PHOTO 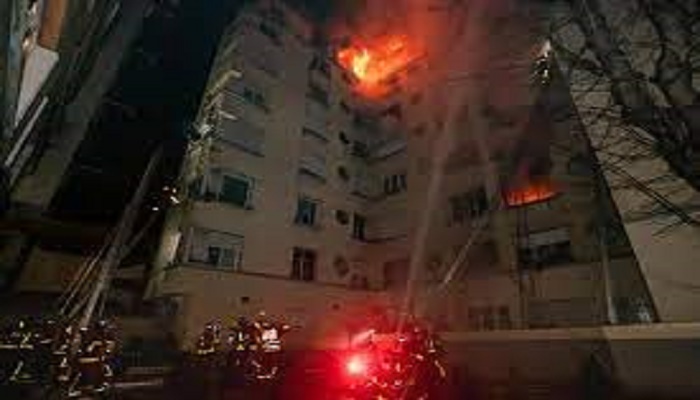 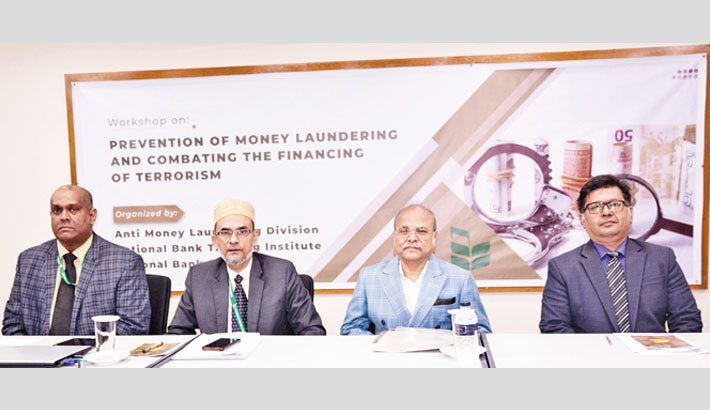