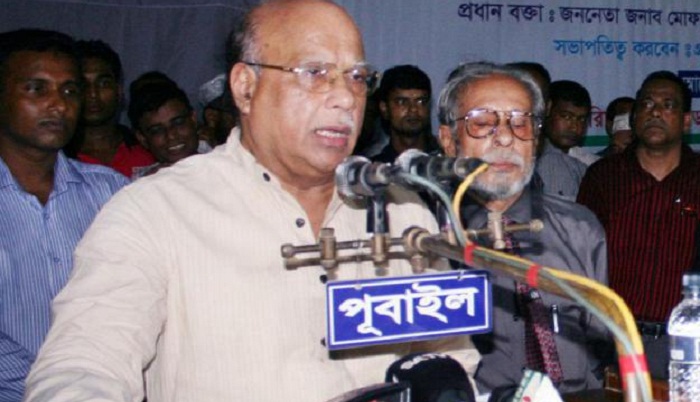 "BNP is trying to dislodge the government after its failure to wage a movement and conspiring in many ways against the government", he said, adding that Bangladesh is a Muslim country and BNP has joined hands with Mossad to oust a Muslim Prime Minister.

The health Minister said this while addressing a protest meeting organized by 14-party alliance at historic Laldigi Maidan this evening, BSS reports.

The 14 party alliances organized the meeting in protest against the conspiracy home and abroad against the government, sabotage and anarchy across the country.

Nasim said the government has evidence that the BNP is trying to cling to power by using the Israeli intelligence force Mossad and it proves that the BNP is now depending on foreigners, having lost support from the countrymen.

Nasim said BNP is trying to prove Bangladesh to be "a fanatical Muslim country", and also tried to assure Mossad that if BNP comes to power, they will bridge relationships with Israel, which is a big offense.

The health minister called upon the leaders and activists of 14-party alliance to get united to thwart any conspiracy against Sheikh Hasina.

"There's no alternative to strengthening the hands of our leader (Sheikh Hasina) to maintain the peace and stability in the country", he added.