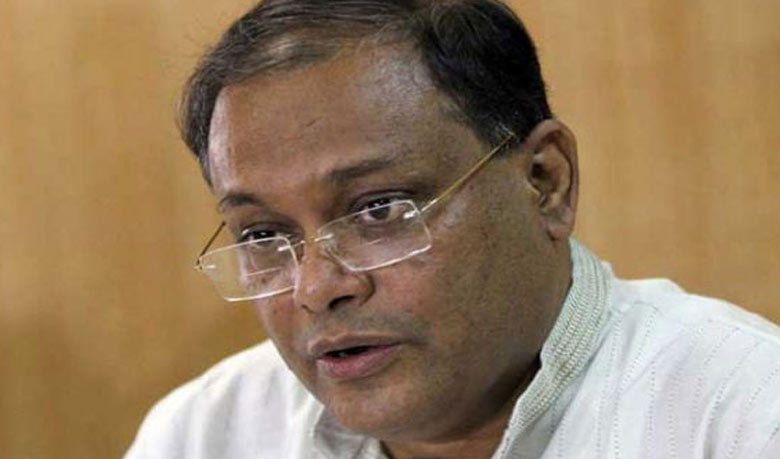 Awami League publicity and publication affairs secretary Dr Hasan Mahmud today said BNP has been hatching a conspiracy to create a situation like that of 1/11 of 2007 out of its frustration.

"BNP is a party habituated to conspiracies. It has still been hatching conspiracy to push the government to an awkward position. The government should be vocal against the conspiracy of BNP," he said.

Dr Hasan Mahmud said this while speaking as the chief guest at a discussion on 'current politics and the prevailing situation' organised by Bangladesh Swadhinata Parishad at the National Press Club in the city.

Dr Hasan Mahmud said, "Khaleda Zia has been coming up with irrelevant words at present. She has now been passing her days in a very pensive mood as she has plunged into deep frustration. Even the grassroots level leaders and workers of BNP have lost trust in the party. None has now been staying beside her (Begum Zia). That's why she has been hatching conspiracy along with foreigners against the country."