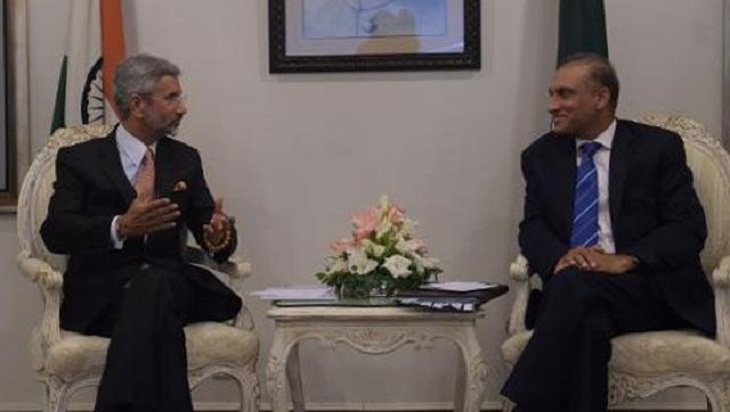 Pakistan foreign secretary Aizaz Ahmad Chaudhry will make a day-long visit to New Delhi on Tuesday to attend a meeting of the Heart of Asia grouping, setting the stage for possible talks with his Indian counterpart.

Sources in the Pakistan high commission said Chaudhry is scheduled to travel to the Indian capital on Tuesday morning and return home later the same day.

The sources in the Pakistani mission said no bilateral meetings had been scheduled for Chaudhury with Indian officials. However, it is likely that he will have some informal interaction with his Indian counterpart S Jaishankar.

A statement issued by the Foreign Office in Islamabad said the Pakistani delegation will “hold bilateral meetings with other leading delegations attending” the Heart of Asia meet.

This would be the first high-level contact between the two countries since the January 2 terror attack on Pathankot airbase, which was blamed by India on Pakistan-based Jaish-e-Mohammed.

A Pakistani Joint Investigation Team had visited India this month to probe the attack that killed seven security personnel. Pakistan has dismissed media reports that the JIT found no evidence of JeM’s involvement in the attack and said its investigation was continuing.

Pakistan high commissioner Abdul Basit had created a flutter recently by saying the bilateral talks process was suspended but sources said there had been back channel contacts, especially at the level of the National Security Advisers.

A possible meeting between the foreign secretaries on the margins of the Heart of Asia meet could provide an opportunity for India and Pakistan to discuss how to take forward the comprehensive dialogue process announced when external affairs minister Sushma Swaraj visited Islamabad in December.

India is also expected to push Pakistan for action against terror groups such as the JeM and Lashkar-e-Taiba and to allow a visit by the National Investigation Agency to probe the Pathankot attack.