Chief Justice of India breaks down before PM Modi 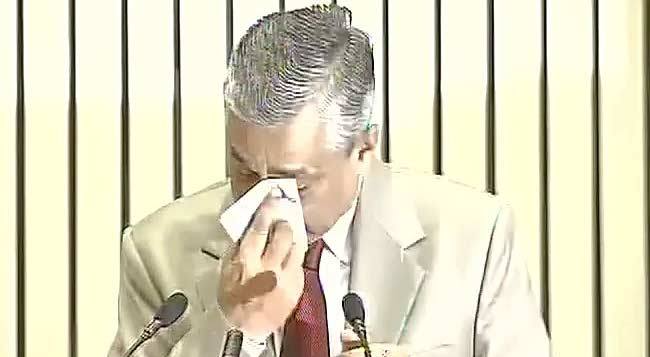 Chief Justice of India TS Thakur broke down at a meeting in presence of Prime Minister Narendra Modi today, while making an appeal to the government to raise the number of judges from the present 21,000 to 40,000 to handle the "avalanche" of litigations.

The Prime minister, who was initially not expected to speak at that point, broke his silence to assure the judiciary that his government was serious about addressing the issues. "If a closed door and close team norms allow, I will definitely try to find a way out," he said.

At the meeting between Chief Ministers and Chief Justices, Chief Justice Thakur said, "It is for development of this country, that I beseech you to rise the occasion... You cannot shift the entire burden to the judiciary... There is a limit to judges' capacity."

Judges from abroad express surprise about how the judiciary functions in India, he said -- an average Indian judge handles 2,600 cases, compared to just 81 in the US. The lower courts handle 2 crore cases a year.

Justice Thakur said that since 1987, when the Law Commission had recommended increase in the number of judges from then 10 per 10 lakh people to 50, "nothing has moved".

"Speeches have been made but nothing really moves... The Centre says, 'yes, it's the state which has to take the initiative' and this tug of war continues," he said.

The Chief Justice also went on to attack PM Modi's project of setting up commercial courts for top corporate clients.

The system, Justice Thakur said, can't work if the government was planning to draw from the existing infrastructure. "Simply putting old wine in a new bottle will not work," he added.

He said for all the things the Prime Minister wants -- FDI, Make in India etc -- "it is important to have more judges and showcase India".