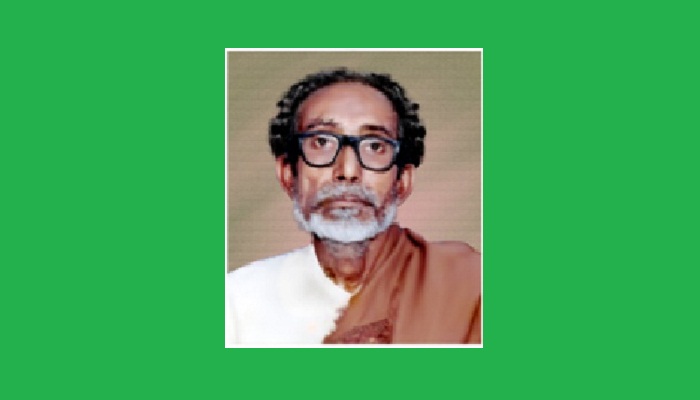 A two-day programme is set to discuss the life and work of folk-poet Abdul Hai Mashreki in commemoration of his 97th birth anniversary at the music and dance section’s auditorium of Bangladesh Shilpokola Academy.

The two-day programme will be inaugurated by the former Director General of Bangladesh Shilpokola Academy veteran journalist Kaml Lohany on Wednesday afternoon at 4:30pm.

Iqbal Sobhan Chowdhury, Information advisor to the Prime Minister Sheikh Hasina, will attend the programme as the chief guest.

Abdul Hai Mashreki, a name missing into oblivion, was renowned as one of the famous folk-poet of the then east bangle of India subcontinent in 1930’s.

He worked on different branch of the literature. He is the lyrist of uncounted popular folk songs in Bangle. His poems, short stories, operas were too much rich that he became as an established poet in 1930’s.

The huge works of Abdul Hai Mashreki have been spread throughout the century among the bangle people both in Bangladesh and East Bangle unnamed—these were his songs—specially folksongs.

We all have been hearing or singing many popular folk songs—Allah megh de pani de, Amar galar har khule de go, Amar kankher koloshi, Fande poria boga kande…and many more since our young ages not knowing the name of the lyrist. Abdul Hai was the lyrist of these songs.

Besides, he is also the writers of narrative opera Rakhalbondhu, Jorina Sundari, Rupban, Dukhu Miar Jari.

‘Mashreki’ is not his family name or title, he was called ‘Mashreki’ to recognised him as Abdul Hai of Bangladesh (Then East Bangle) as there were 3-4 more persons named Abdul Hai existed in his era.

Poet Abdul Hai was born on April 1 in 1919 (certificate) at his maternal uncle's house in kakanahati village in Ishwarganj of Mymensingh district.

On December 4, 1988, he died at his home in Dattapara village of Ishwarganj.