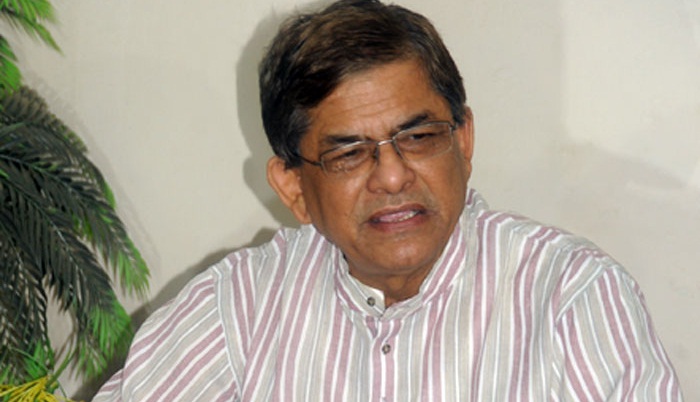 Addressing a discussion, he further said, “We’ve been repeatedly saying all preparations have been made to establish a one-party rule.

No one has now any right to express his or her opinion. Those who hold different opinions are being implicated in cases and sent to jail.”

Fakhrul called upon all to get united putting aside their divisions and conflicts to get rid of the country’s current situation, UNB reports.

‘Amar Desh Family’ arranged the programme at the Institution of Engineers, Bangladesh marking the 1,000 days of its acting editor Mahmudur Rahman in jail.

He also accused the government of snatching people’s all rights, including voting one. “All rights have been stanched, but Bangladesh is calm and normal. It’s not usual nature of the country’s people as they had fought for establishing their rights and librated the country. So, this calm and silence are not normal.”

Admitting that their party has made many mistakes as an opposition party, Fakhrul said BNP may have not achieved immense successes being the opposition, but movements have ups and downs. “We believe people’s struggle will turn successful someday. So, let’s get united taking a vow to restore our rights,” he observed.