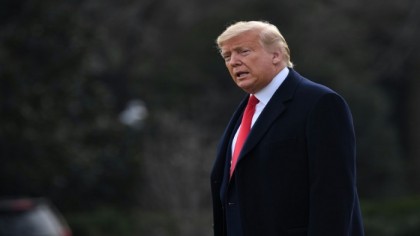 Hundreds gather for Baghdad rally against US troops

China to build new hospital for coronavirus within 10 days

“There is no role for any third party in the Kashmir issue,” Indian ministry of external affairs spokesperson Raveesh Kumar says

Almost all of the deaths have been in Hubei province of China- the virus emerged in the province's capital, Wuhan

Cases have also been reported from Thailand, South Korea, Taiwan, Japan and the United States

The allegations stretch across Angola's state oil and diamond industries and banks to Lisbon. Named in the probe, the head of one of Angola's largest banks has resigned

Singapore's Changi Airport starts screening flights from Wuhan at the beginning of the month, and on Wednesday extends the checks to all flights from China

After years of acrimonious debate, British lawmakers on Wednesday finally approved the terms of their country's historic departure from the European Union -- due in just nine days time

We discuss with China about Uighurs privately, not publicly: Imran Khan

Despite the global outcry over China's treatments of its minorities, Pakistan Prime Minister Imran Khan has chosen to remain tight-lipped on deplorable conditions of Uighur Muslims in China

Security tightened in J-K ahead of Republic Day

Firefighting plane crashes in Australia with 3 aboard

The blaze started Wednesday but strong winds and high temperatures caused conditions in Canberra to deteriorate. A second fire near the airport that started on Thursday morning is at the "watch and act" level

At least one killed, several injured in Seattle mass shooting

Local media said at least one suspect was being sought in connection with the mass shooting that took place near a McDonalds fast food restaurant, just blocks away from the Pike Place Market

Burundi president to get $530,000 and luxury villa

The draft law, which has been presented to the cabinet for approval, also awards him a lifetime salary

Chinese health authorities said that at least 547 cases had been confirmed in the mainland, with eight new deaths

Those living in the city have been advised not to leave, in a week when millions of Chinese are travelling for the upcoming Lunar New Year holiday

Gabbard alleges that Clinton made the comments in retaliation for her support of Bernie Sanders, the former secretary of state's rival in 2016 for the Democratic presidential nomination

Interviewed by The Hollywood Reporter about the documentary, Clinton stopped short of saying she would support Sanders if he won the nomination this year

The death toll could rise further, officials said. Four people are still thought to be missing after Storm Gloria crashed into eastern Spain on Sunday with gusts of over 100 kilometres

MPs in the lower House of Commons have already approved the EU Withdrawal Agreement Bill, which ratifies the terms of Brexit, but the unelected upper House of Lords made some changes

The two leaders meet in Davos, Switzerland, their first meeting since the US killed a top Iranian general in Baghdad, sparking an Iraqi parliament call for the expulsion of US troops

The coronavirus has spread across China and beyond, with 17 people killed and over 500 confirmed infected in an outbreak that started in the central city of Wuhan

However, President Nicolás Maduro, who enjoys the support of the Venezuelan military, has managed to remain in power