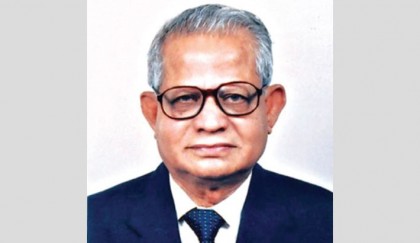 His unflinching support for women empowerment

Bangabandhu’s economic philosophy was progressive and always in favour of the disadvantaged and disempowered people, says Dr. Atiur Rahman

Padma Bridge and a PM Who Dares to Dream Big

The Padma Multipurpose Bridge will change not only the south-western region but the entire economy of Bangladesh, writes Muhammad Sanaullah

In India, known as world’s largest democracy, election of different sorts are very common and are held throughout the year, writes Abdul Mannan

Professor M. Shahinoor Rahman: The Image of a True Academician and a Skilled Administrator

Obtaining first class in English, Shahinoor Rahman preferred to be a teacher and ray of his wisdom pierced students of Islamic University Kushtia, Jagannath University and Jahangirnagar University so far---says Sajib Ghosh

Why Covid-19 is a Man-made Disaster

Life and Livelihood Should Be Balanced

In this coronavirus surge, many countries of the world have extended their support to India, writes Pranab Kumar Panday

Reforms in Ease of Doing Business to Accomplish Predictable Ranking

The rankings are determined by sorting the aggregate scores on 10 topics, each consisting of several indicators, giving equal weight to each topic

No other events in recent history have brought down the entire world on its knees as did the Covid-19 pandemic, commonly known as Corona

Let's all come together to build a better, happier Bangladesh for the next generation-- says writer quoting Prime Minister Sheikh Hasina

Responsible behaviour of citizens and people of all professions is highly desirable during the most challenging time of the century, says Pranab Kumar Panday

His balanced approach to industrialisation

Bangabandhu was a lifelong pragmatist and believed in the step-by-step transformation of society and economy, says Dr. Atiur Rahman

Virtually every week the Indian Prime Minister or some senior cabinet ministers come to Paschimbanga to campaign for their candidates, says Abdul Mannan

Addressing a seminar in Sikkim University, Harsh Vardhan Shringla said India is the first to work with international partners in arranging global and regional action to deal with the pandemic

This is not the first time Manumul Haque is known to create controversy. His organisation the Hefajat came under the spotlight after Junayed Babunagari became its new Amir in September and became vocal against installation of Bangabandhu’s sculpture in the capital

His thoughts and actions on agriculture

After a prolonged struggle for democracy and just governance based on equity and justice, he encountered a historic opportunity to get the people’s mandate for a change, says Dr. Atiur Rahman

Kamal Chowdhury: A Creative Soul Given to Beauty and Harmony

Dr. Kamal Abdul Naser Chowdhury, popularly known as Kamal Chowdhury, has been an epitome of a skilled administrator, an efficacious organiser, a creative poet, and a prolific writer---says Dr. M. Shahinoor Rahman

Be tough on Hefazat, other radical outfits

At a time when Sheikh Hasina government has propelled the country towards a golden era of development, the radical and reactionary forces dealt a blow by under the guise of Hefazat---says Peer Habibur Rahman

Bangabandhu was in favour of taking a balanced view on development, says Dr. Atiur Rahman

Bangladesh Awami League’s victory in the election of December 2008 was a foregone conclusion, says Abdul Mannan

Golden Jubilee of Independence and Bangladesh in Regional Leadership

The visiting guests and heads of state and government, who sent greetings, wished the Golden Jubilee of Bangladesh's Independence and Bangabandhu, as well as highly praised the able leadership of Honourable PM Sheikh Hasina, says A.K.M. Atiqur Rahman

Stringent Enforcement of Lockdown – the Only Alternative

The First Five-Year Plan drew heavily from one of the four basic principles of the constitution: socialism as envisioned by Bangabandhu

Covid Resurgence and Our Choices

The tale of Tajuddin Ahmad and Amir-ul Islam is an inalienable and indelible part of history, says Syed Badrul Ahsan

The Golden Celebration of Bangladesh’s independence, which began amidst Covid-19 pandemic on 17th March 2021 ended on 27th March 2021

Violation of the law is now natural to an overwhelming majority of the country's population, says Pranab Kumar Panday

Unusual softness towards Hefazat has sparked confusion in the public mind

US urged to join South America in fighting China fishing

Bangladesh: 50 Years and Beyond

The government has decided to buy another 40 million doses of vaccine for the purpose of immunisation of almost all eligible population of the country, says Dr. Akhter Hussain

Leaders are born in every country. Some leaders are confined to a quotation in the history book while some others to a page or a chapter. But some leaders make up the complete history---says Prof Dr Md Nasim Akhtar quoting Niranjan Majumder's book "Bangabandhu and Bangladesh"

Drastic ideological, social and economic changes were required among the people in order to realise what the FYP had set out to achieve, says Dr. Atiur Rahman