Hi-Tech Agriculture Where Do We Stand? 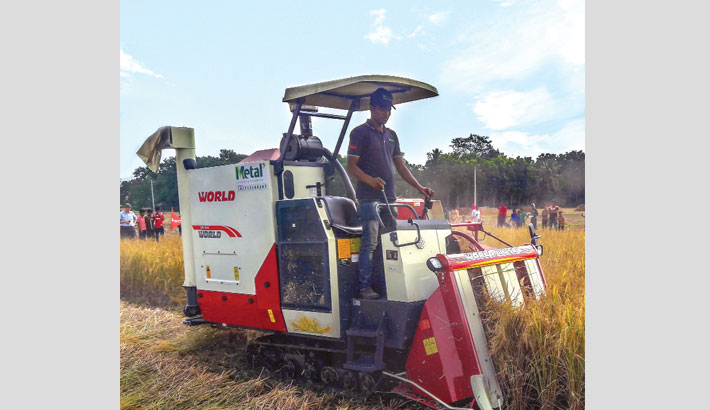 With 953 persons living in per square kilometer area Bangladesh is one of the most densely populated countries of the world where the per capita arable land is only 0.05 hectare. Here population is growing rapidly at a time when the amount of cultivable land is decreasing. And this is turning into a major problem for the country. The total geographical area of Bangladesh is about 56,980 square miles (1,47,570 square kilometers), out of which only 9 million hectares are cultivable land. After achieving independence, farmers of our country cultivated 1 crore and 10 lakh metric tons of food crops in 1972 for 7.5 crores people of our country. In the last 47 years, the population of the country has more than doubled but the total amount of cultivable land has decreased by at least 30%. Even then, our ever-industrious farmers produced almost 5 crore metric tons of food crops last season. They literally did a green revolution to produce the foods for our citizens and secure self-reliance in the food sector. They followed new strategies and techniques which were easier, time-befitting and cost-effective. 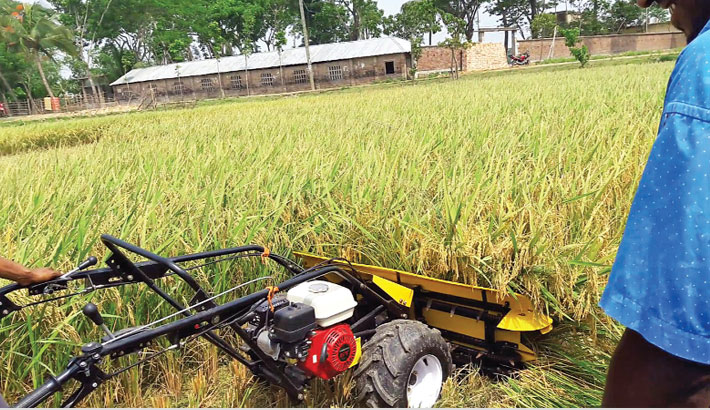 Besides, invention of high-yielding seeds and crops and introduction of a few modern machineries have played crucial role behind their success. Especially the wide-spread use of over 700 thousand power tillers, 35 thousand tractors, and over 35 thousand deep tube-wells have been helping the farmers to a great extent. Yet it must be admitted that Bangladesh is lagging far behind the developed countries when it comes to the use of technologies in the agricultural sector. Even many of the least-developed countries are taking the blessings of technology for enhancing the production of crops. Due to ignorance regarding advanced technology and unwillingness to use them, our farmers are failing to reap the highest benefits of modern hi-tech agriculture.

Due to lack of modern technology and equipments in the agricultural sector, farmers of Bangladesh are passing a tough time. Scarcity of labour is one of the awful problems that the agricultural sector of our country has been facing in the recent years. During the harvest, it becomes an obstacle for the farmers to harvest their crops. Every year newspapers, online news portals and TV channels are flooded with the news of labour shortage. It makes the farmers bound to keep their ripen paddy in field when they desperately need to collect them. While protesting against this unfortunate situation a farmer was seen setting fire in his paddy field. Farmers of our country go through similar situation during the seeding time as well. Consequently the cost of labour increases which augments the production cost. After harvesting the crops our farmers don’t feel relieved either. They need to fight literally to get fair price for their crops which they hardly get. In many cases our farmers even fail to collect the money they spend to produce the crops albeit the consumers usually pay fair price. Due to this situation some of the farmers, especially the farmers belonging to the young generation, are losing their interest in farming. Thus we find that in a country where agriculture is known as the lifeline of its economy the average age of the farmers is 47 years. It clearly points out the unwillingness of youths in farming. 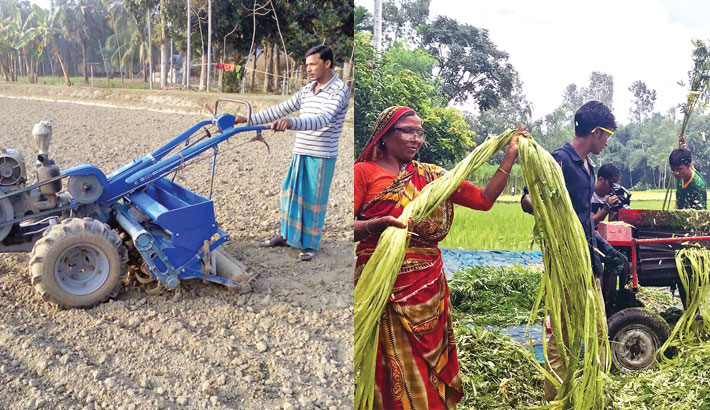 Their cries can be mitigated. Proper emphasis on the use of modern technology and machineries can make them interested again in the profession. Different modern equipments like Transplanter, reaper and combined harvesters can help our farmers a lot to come out of the scarcity of labour, which has come down to less than 50 percent from 90 percent within a few decades, during seeding and harvesting time as agricultural works that take whole day can be finished in hours. Besides, sophisticated sprayer and spreader systems can be used for using fertilizers and pesticides. Jute retting machine can help the farmers to get the best-quality jute-fiber within a short period of time. Sensors in the fields to monitor soil-water level, fertilizer concentrations, temperature, pests, soil pH, and air composition can be helpful for the farmers as they can be able to take necessary steps in time and ensure greater production.

On the other hand, setting up storages and cold-storages for preserving different seasonal crops will help the farmers to sell their products throughout the year and get fair price. Currently they find no other alternative other than selling their crops at low price since their crops will perish or rot if kept unsold which will incur further loss. But establishing sufficient number of storages and cold-storages will open a much-needed horizon for them. Another important initiative that can help the farmers is update them with information and communication systems. It is the best way to bridge the gap between the farmers and the consumers. With the help of advanced technological devices like mobile phone farmers can be connected to the buyers of distant markets and they can sell their produces at a fair price without being interrupted by the middlemen. Fair price will certainly encourage the farmers, especially the young ones, to invest more in agriculture and develop their farms which will ultimately help the sector to grow.

Hundreds of modern agro-machineries have been introduced in the world of agriculture. Farmers of the developed countries are using them and reaping their benefits perfectly. But our farmers, in most cases, have little knowledge about the arrival of new technologies and equipments. So, the use of such equipments remains limited. Majority of our farmers belong to low-income group. They cannot buy the latest equipments and use or apply latest machineries and technologies in their farms. Besides, they are not well-informed and confident enough to use them. So, our farmers continue to cultivate crops manually, which ultimately reduces the rate of their production.

It is undeniable that our Department of Agricultural Extension is performing well compared to other departments of the government. They are helping our agriculture sectors by inventing different types of high-yielding crops and providing in-field supports. It is mentionable that the government has taken a project under which a farmer who buys 7 types of agro-machineries gets 30 to 70 percent subsidy. And the importers are allowed to import agro-machineries spending only 6-7 percent duty fees. Besides, the government is providing fiscal incentives to the agro-machinery importers. But nothing will change the situation of the farmers unless we make them aware of these modern machineries. Most probably it is the duty of root-level-officials of the Department of Agricultural Extension to make the farmers informed about the blessings of modern agro technologies.