The week-long ‘10th International Children’s Film Festival’ kicked off on January 24, 2017 at 14 different venues in Dhaka, Chittagong, Rajshahi and Rangpur where almost 300 films by aspiring directors from 85 countries will be screened. The fest will feature short and experimental films made for and by children from around the world. It was inaugurated by Finance Minister AMA Muhith while Cultural Affairs Minister Asaduzzaman Noor and Information Minister Hasanul Haque Inu were present on the occasion as special guests. Chairman of Bangladesh Shishu Academy Mustafa Monowar presided over the ceremony.

Workshops on ‘visual story telling’, ‘script writing’ and ‘filmmaking’, and a seminar on ‘Climate Change and Environment’ will also be held at the festival. 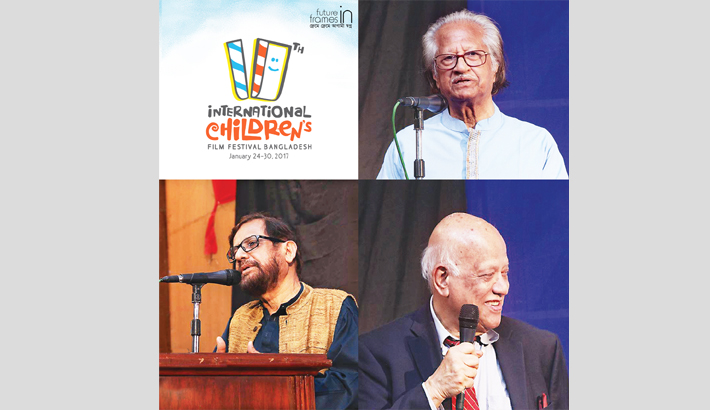 This festival is celebrating 20 years of the critically acclaimed film `Dipu Number Two’. An adventure story for young boys, ‘Dipu Number Two’ is the second film of Morshedul Islam. The story is taken from a youth-oriented novel by Muhammed Zafar Iqbal in which Dipu, a boy coming from the educated class, is teased by one of his classmates but eventually forms a deep relationship with him. The rest is totally escapist in nature, including a scene in which the two youths manage to capture single-handedly an entire group of robbers. In Bangladesh ‘Dipu Number Two’ gathered huge appreciation from the audience.

Besides, ‘International Panorama’ segment is focused on world cinema for children. All films in this section help children know the different 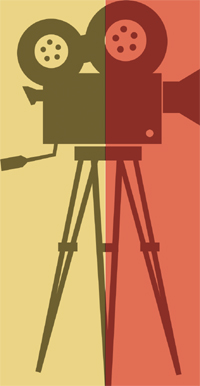 cultures of the world and these films can play a vital role to shape the children’s minds to be a competent member of the global village. This year more than 150 films have been selected in this section. Irenej Bošnjak’s ‘A Boy’s Life’ from United Kingdom is one of them. In ‘A Boy’s Life’, Luke is a very clever boy. He loves to dream. He is also a curious boy. He has a sharp curiosity about everything. One day in a poor area, Luke is collecting objects from a wasteland. Suddenly a hobo offers him a magic goggles. He also feels it special. He expresses gratitude to that man and takes it. He comes to know that with this goggle he can see the world as he wants it to be and completes his plan to save it. However, Luke’s plan gets in trouble when a social worker tries to take him away from home.

Apart from this some other films such as Bangladeshi-Canadian filmmaker Abu Nizam’s film ‘A Digital Childhood’, Latvian film director and film critic Liene Linde’s film ‘Earth Is The Loneliest Planet’ etc. will also be screened at the festival.

‘International Children’s Film Festival Bangladesh’ started its journey in 2008. It is one of the biggest film festivals in Bangladesh and also the only international film festival for children and young adults of the country. Awards are also given in the categories of ‘Best Director’, ‘Best Feature Film’ and ‘Best Short Film’ from among the participants at the festival.