Maintain law and order at any cost

Prime Minister Sheikh Hasina on Tuesday directed the deputy commissioners (DCs) to maintain the law and order in the country at any cost, issuing a 25-point directive for them.

“You must enhance vigilance so that the law-and-order situation no way deteriorates,” she said while opening the three-day DC conference at her office in the capital.

This is probably the last meeting of the current government with the DCs, head of district-level administration, before of the 12th parliamentary elections slated for January next year.

The prime minister asked the DCs to remain alert so that none can destroy the communal harmony by spreading rumours.

She also asked them to put efforts into increasing food production and be sparing with electricity and energy. 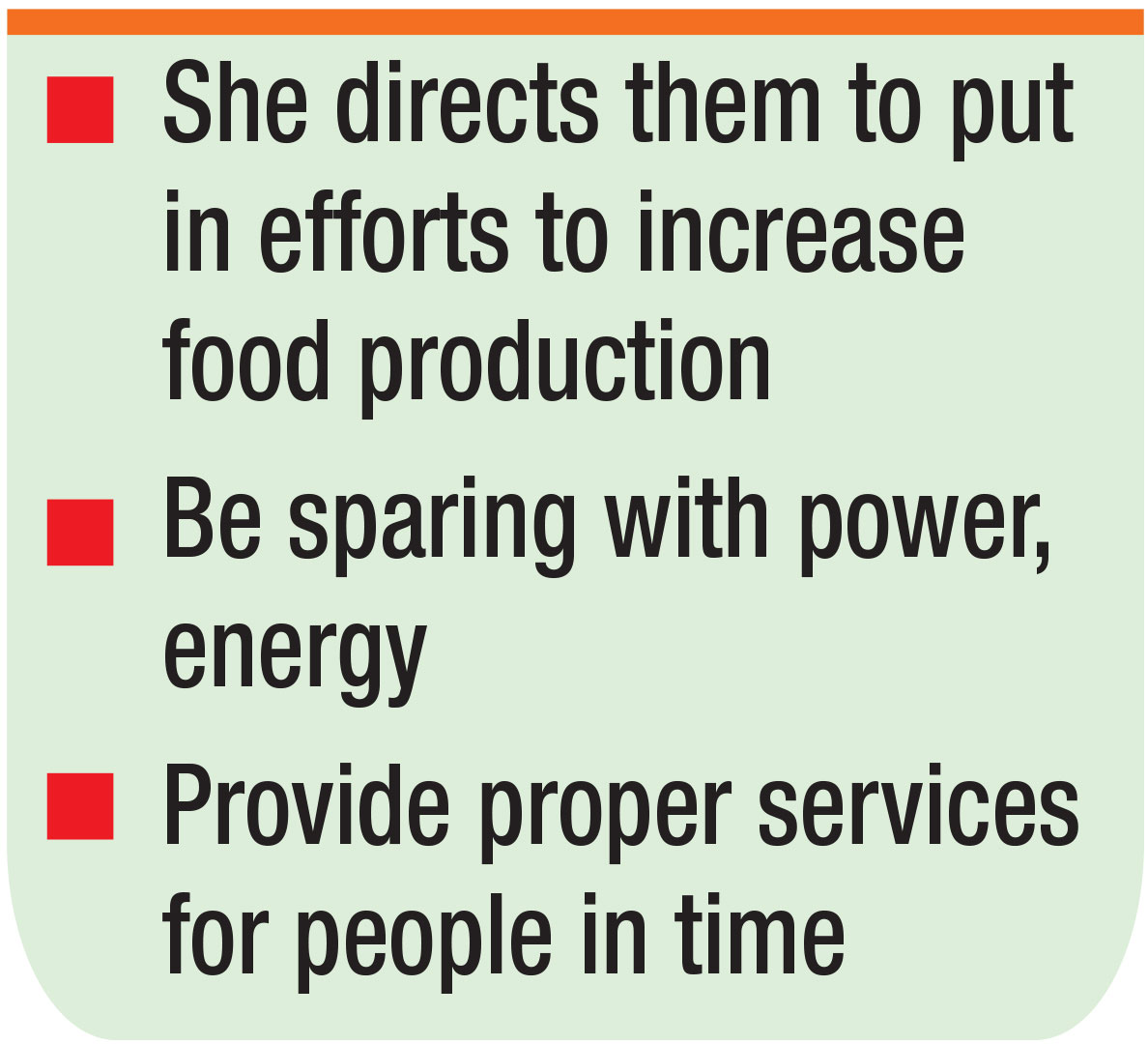 Sheikh Hasina directed the DCs to consider how many projects are effective and beneficial for the particular areas and people of those areas before going for any scheme. “Take those projects which are necessary at this moment. We only want to take those instead of going for wholesale manner keeping in mind the global economic recession stemmed from the Covid-19 pandemic and Russia-Ukraine war,” she said, asking them to save money from the projects by avoiding unnecessary expenses.

She slammed Bangladesh Nationalist Party (BNP) for talking about the suspension of the project of purchasing electronic voting machines (EVMs) worth about Tk 8,000 crore, saying the project was cancelled not for the fund crisis even though the world is going through an economic recession. “The economic crisis persists globally. We have also the crisis, but we are not in such a condition that we have to scrap the project,” she said.

“But the purchase of EVMs is not the priority of Bangladesh. Rather; its priority is to ensure food security, health services and welfare of the people alongside increasing food production,” the prime minister said, adding that they will spend required money to this end.

Calling upon the DCs to work with priority to implement her 25 directives for making a developed, prosperous and Smart Bangladesh by 2041, she said, “I’m asking you to give attention to taking some measures (25 directives).”             Expressing satisfaction to the field-level administration for their sincerity and cooperation to implement the government plans, policies and programmes properly at the grass-roots, Sheikh Hasina said, “Bangladesh has marched forward and we have got global acclamation as you’re working for the country and its people with professional duty and sincerity.”

She asked the local administration officials to be public servants as their salaries and other benefits are being given from the taxes of the people. “Work for serving the people by devoting yourselves and then you’ll get satisfaction,” she added.

In the 25-point directive, the prime minister asked the DCs to check militancy, terrorism and drugs, maintain law and order by curbing social crimes, increase food production and ensue services to the people in due time.

1. Take all-out efforts to increase food production. Food grains have to be grown on fallow land. Necessary measures have to taken to make sure that no abandoned land remains uncultivated.

2. Exercise austerity in using electricity and energy and inspire people in doing so.

3. Ensure required services within the stipulated time at the government offices to the commoners. The aim of the government employees should be to satisfy the service seekers.

5. Speed up the activities to achieve the targets under SDGs localisation.

6. There will remain no landless and homeless in the country. Build houses for the homeless alongside allocating khas land for the landless. Ensure that the real helpless, insolvent and deprived grassroots people get the facilities under the social safety net programmes.

Employments have to be generated alongside giving homes and land.

7. Efforts should be made to increase the quality of education at educational institutions. Special attention should be given to comparatively remote areas.

8. Constant monitoring of community clinics and union health and family welfare centres is required to ensure their effectiveness.

9. Make sure exercise of creativity, cultural activities and sports in your respective areas to so that physical and mental health of children and teenagers flourishes.

11. Build efficient labour force having knowledge of high technology to reap the maximum benefit of the fourth industrial revolution keeping pace with the changing world.

12. Update the websites of the government offices on a regular basis and put forth the development, progress and success of own districts.

13. Make sure safe use of information communication and internet among the people. Take measures to stop misuse of social networking sites, rumours and others.

14. Vigilance should be strengthened so that no way the law-and-order situation deteriorates.

15. Remain alert so that none can destroy the communal harmony by spreading rumours.

16. Drugs, militancy and terrorism should be eliminated. Initiatives should be taken so that innocent religious people cannot get involved in militancy. Keep the youth folk away from drugs, terrorism and militancy.

17. Regular mobile court drives will have to be conducted to prevent child marriage, eve-teasing, food adulteration and manufacturing of fake goods.

19. Tougher action should be taken to protect government land, rivers, forest land, hills and natural water bodies. Upward expansion of the government institutions should be given priority to ensure maximum use of land.

20. Navigability of rivers has to be increased by dredging those regularly. Keep eyes so that no waterlogging can take place due to sluice gates or any other causes. Keep an eye so that no disruption takes place in food production, especially due to the waterlogging.

21. Palm trees should be planted in thunderbolt-prone areas.

22. Special initiatives should be taken to boost the tourism industry and build new tourism spots.

23. Protect the heritage and culture of own district alongside ensuring publicity, marketing and branding of goods of the district.

24. Strengthen the monitoring system to make sure that the government offices run with the mindset of serving people by going beyond everything.

25. We have to be committed to building a developed, prosperous and Smart Bangladesh by 2041 by coordinating accordingly with the activities of government offices.