Parties, Alliances and the Qazi’s Cows

On the eve of the 12th parliamentary elections to be held within a year, there is a flurry of activity among the political parties. Since the ruling party Awami League is going to complete its third consecutive tenure in government, the anti-Awami League people and camps with BNP in the lead have started counting their chicken much before they are hatched. They have become so impatient for change that they declared that December 10, 2022 would sound the death knell for the ruling party’s government. It caused something of a stir among the politicians of the country. But BNP’s mighty roars rang hollow as nothing happened and nothing changed. However, the hungry power aspirants are simply unstoppable.  Cashing in on Awami League’s long stay in government, they are inciting people’s anti-incumbency sentiment and low boredom threshold. After BNP’s failure in weaving their magic against Awami League on December 10 (2022) and Jamaat’s political death, their friends and allies, in a desperate bid for power, have been split into many camps quite regardless of how many are with them or whether they have legal registration. The situation is like the proverbial qazi’s cows which exist only on paper, not in reality. However, the proliferation of newfangled parties and alliances and the complex dynamics of their action and interaction are really mindboggling.

Statistics show that in moribund BNP, largely defunct Jamaat and their like-minded alliances there are fifty-five parties and organizations of which only seven have registration. The registrations of Jamaat-e- Islami and part of JAGPA (Jatiya Ganotantrik Party) have already been abrogated. The 15-party alliance known as ‘Samamana Ganatantrik Jote’ (Like-minded Democratic Alliance) that appeared on the country’s political scene in the beginning of the new year (2023) is a nominal, Dhaka-based organization. It is nothing but a faint try at reviving the fossils of BNP-Jamaat. The leaders have no political identity, no field-level committees, activists, let alone supporters. The masses are quite ignorant about what they want to do. Four organizations out of these fifteen (Bangladesh Youth Forum, Jatiyotabadi Nagorik Dol, Jatiotabadi Chalok Dol and Ghure Darao Bangladesh) are given only to gathering at the national press club or Dhaka Reporters Union (DRU) periodically just to assert their existence. These pro-BNP-Jamaat parties are splitting into different groups and driving a hard bargain with BNP surrounding upcoming elections with a view to having more advantages. This has happened in the wake of the fall of the 20-party alliance and after Jatiya Oikkyo Front was made defunct.

The upcoming elections mean the world to BNP. It is a question of their political survival. And they will leave no stone unturned to win back voters that have been alienated by their repeated failure in government, perennial leadership crisis and inability to reorganize people. It is more than likely that they will shoot their bolt by looking at ways to steal a march on its supporters. No wonder they will form hundreds of political parties and get them into different groups in order to be in the hunt for win in elections. To this end they may target the voluntary organizations, NGOs, professional organizations and the like. But there’s many a slip between cup and lip.

What the pseudo-progressive parties and alliances are doing against the incumbent government is a veritable mare’s nest. The emergence of the so-called ‘Ganatantra Mancha’ does not seem to take any effect as such. It has become a top-heavy political alliance which fails to stir people.  After Dr. Kamal and his Oikya Front has taken leave, ‘Ganatantra Mancha’ appeared on the scene promising earth before elections. A handful of people living in ivory towers are seen to give fighting talks and help the news channels increase their TRP (target Rating Points). They only talk the talk but do not walk the walk.

The prospect of the appearance of Bangladesh Development Party (BDP) is a revival of Jamaat-e-Islami in Bangladesh’s political arena. It is a coolly calculating move that will, in the end, ensure the regeneration of an extreme right-wing anti-liberation force on the legal ground. However, many people have expressed alarm at Jamaat’s registration move under a new name. If the new variant of Jamaat is given permission, they will come out of hibernation shedding skin like a snake, resume their activities with renewed enthusiasm and cause irreparable harm to the country’s secular health.

BNP is trying to restore unity out of a tangled mess of people and ideas. People are just jumping into the anti-government bandwagon with no strength of purpose. So, the movement, BNP, Jamaat and others are planning to launch with their allies would be kind of a crazy quilt, a patchwork of different people and ideas far removed from the reality of a mass movement. It seems to have dawned on the astute politician Abdul Kader Siddique who has realized the future of this kind of unpopular politics very well and started packing up his Krishak Sramik Jannata League to return to his real political home that he was expelled from.

In the end, what it all boils down to is public support. Much as the political parties and the alliances try to steal the show, people of Bangladesh know very well what to do. So, it is better to serve the real needs of the people than to be multiplied and divided for vested interests.

The writer is an academic, translator and former vice chancellor, Kushtia Islamic University 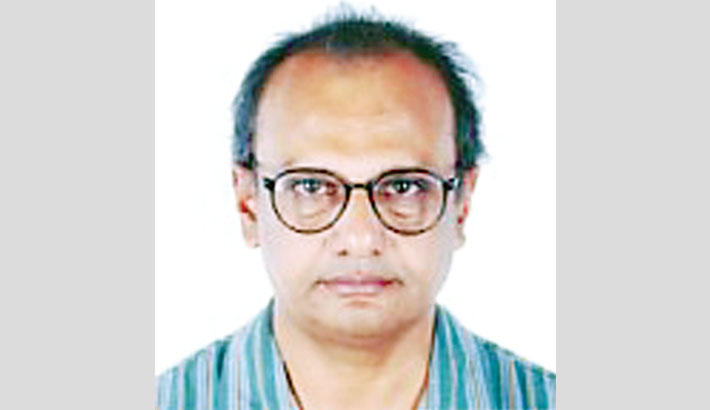