Mehidy Hasan Miraz starred both with the bat and ball to help Fortune Barishal earn their first win in the ongoing Bangladesh Premier League 2023 after they beat Rangpur Riders by six wickets at the Sher-e-Bangla National Stadium in Mirpur on Tuesday.

Mehidy picked up 2-21 whereas Chaturanga de Silva also took two wickets for Barishal as they restricted Rangpur to 158-7 in their 20 overs after they opted to field first.

Rangpur’s Shoaib Malik made an unbeaten 54 off 36 balls while Rony Talukdar scored 40 runs.

In reply, Barishal promoted Mehidy to number four after they lost two early wickets and he justified his promotion up in the order by scoring 43 runs off 29 balls and he also shared an 84-run stand with Ibrahim Zardan (52 off 41 balls) that set up the game for them. 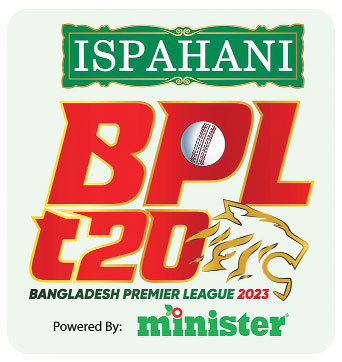 Later, Iftikhar Ahmed and Karim Janat remained unbeaten on 25 and 21 runs respectively and put up an unbroken stand of 38 runs for the sixth wicket to guide Barishal home, 162-4, with four balls to spare.

This was the first defeat for Rangpur in the tournament as they earlier won their opening match against reigning champions Comilla Victorians by 34 runs on the opening day of the competition.

However, the main highlight of the match was surely Barishal skipper Shakib Al Hasan’s angrily stepping into the field after Rangpur’s decision of changing their bowler at the very last moment made him furious.

Chaturanga and Anamul Haque Bijoy came at the crease to start the Barishal chase and seeing left-hander Chaturanga taking the strike, Rangpur decided to bring in their off-spinner Mahedi Hasan although they were initially prompted to start with left-arm spinner Rakibul Hasan.

Seeing the adjustment, Barishal opener Anamul came at the striking end to start the innings but Rangpur made another cunning approach by changing their bowler straightway as they brought in Rakibul again.

The argument started when Shakib wanted right-hander Anamul to take the strike against Mahedi after he saw the ball in the off-spinner’s hand but the on-field umpires were reluctant to make his wish fulfilled.

To everyone’s utmost surprise, Shakib decided to step into the field as he ran towards the on-field umpires - Gazi Sohel and Raveendra Wimalasiri - from the dugout and asked for an explanation about the incidents that were taking place on the ground at that moment.

After a few minutes of heated word exchange, Shakib returned to the dressing room and Chaturanga had to take the strike against Rakibul and the left-arm spinner dismissed him in the fourth ball of that very same over.

Anamul (15) also departed soon off Sikandar Raza’s (2-14) bowling but his dismissal also created another controversy as he wasn’t given out by the on-field umpire first.

After Rangpur skipper Nurul Hasan Sohan took a review, the third umpire Morshed Ali Khan decided to overturn the decision although it was quite visible that the ball would miss the leg stump.

The decision came as a shock for Anamul as it took him a few minutes to accept the decision and later he left the field for the dressing room.

“Everyone could have got a clear idea if there was DRS. As there is no DRS, many can get the advantage here…It looks too odd if there are so many mistakes,” Mehidy said about Anamul’s controversial dismissal after the match.

Although Barishal had experienced Shakib and Mahmudullah in their batting line-up, they trusted Mehidy and their three foreign recruits and they lived up to their expectations and guided them to victory in the end.

Earlier, Rangpur lost their opener Mohammad Naim (0) in the first ball of the innings and apart from Rony and Shoaib, none of their batters could make any meaningful contribution as they were losing wickets at regular intervals.

Rangpur, which were reduced to 117-7 in the 16th over, finally were able to post a challenging total courtesy of Shoaib and Robiul Haque’s (18 not out) some late exciting hitting.