Acrobatic volleys, long-range piledrivers and sweeping team goals: AFP looks at some of the most memorable goals of the 2022 World Cup:

Without doubt the most acrobatic goal of the tournament came after the Brazilian striker had already made his mark in Qatar by putting his team 1-0 up in their opening group game.

A Vinicius cross with the outside of his right boot was controlled by Richarlison with his left foot, before he spun around and leapt to score with an outrageous mid-air volley with his right.

It was a goal which led one commentator to declare "That's Brazil" and it suggested they could be about to light up the tournament with flair, technique and improvisation but despite some more moments of magic they were eliminated in the last eight by Croatia. 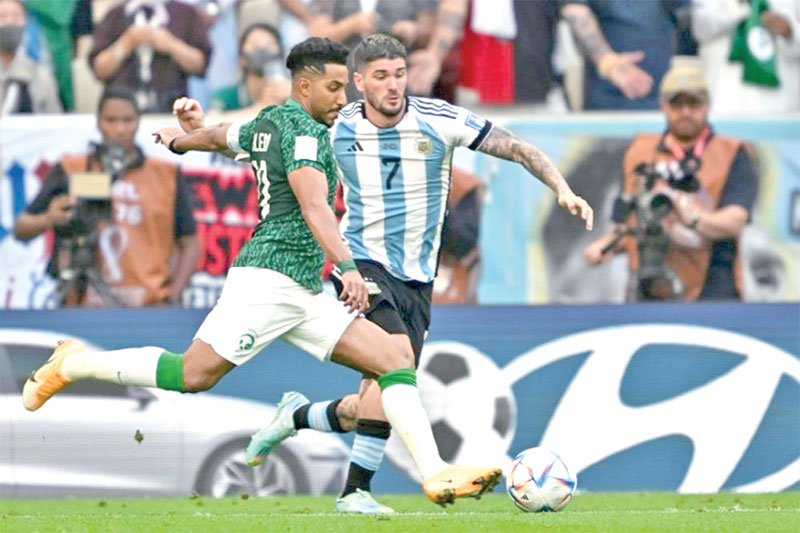 A stunning goal to produce the most stunning result as Saudi Arabia upset the South American giants 2-1 in their opening game.

Al-Dawsari turned sharply in the box, beating two defenders in the process, before he shifted the ball past a third and then, with Leandro Paredes lunging at him, drilled an unstoppable shot into the top far corner.

It was a goal that sent Arabic language commentators wild with delight and will ensure the 31-year-old Al-Dawsari lifelong fame but Argentina were able to recover from the shock it caused and go on to reach the final. 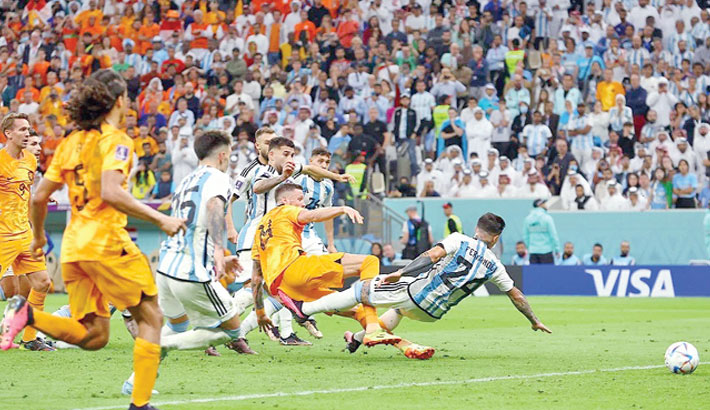 It wasn't spectacular and it didn't take extraordinary technique but Wout Weghorst's equaliser in the 11th minute of injury time was a moment of sheer impudence and high drama.

2-1 down and with nothing left on the clock, the Dutch got a free-kick five metres outside the penalty area. Argentina, lined up a five-man defensive wall and the Dutch placed a three-man wall of their own alongside them.

But instead of the expected last-gasp shot on goal, Teun Koopmeiners slipped a pass to Weghorst, who moved out of the Dutch wall and turned to poked the ball in and force extra-time. It was a classic training ground routine, executed to perfection, but the dazed Argentines recovered to win the shoot-out and progress.

Portugal coach Fernando Santos had made the big decision to leave Cristiano Ronaldo on the bench and in his place start the 21-year-old Benfica forward who had only made his debut in a pre-tournament friendly.

But Santos' selection choice proved inspired with Ramos putting Portugal ahead in the 17th minute with a blistering left-foot strike on the turn from the tightest of angles.

The ball whistled past helpless Swiss keeper Yann Sommer, who had barely moved and Ramos went on to score a hattrick in a 6-1 win.

There have been very few long-range goals at this World Cup and not many from free-kicks either but Luis Chavez showed how both are done with a wonderful strike.

Over 25 metres out, Chavez struck his direct free-kick to perfection, curling the ball high over the wall but with speed and whip that sent it beyond the reach of the diving Mohammed Al-Owais.

It proved to be in vain, as Mexico were eliminated despite beating the Saudis 2-1 in their final group game, but Chavez had shown that while the data-crunchers may discourage it, there is something wonderful about a perfectly struck free-kick goal.