Both Bangladesh and India shared the opening day honours of the first Test of the two-match series at the Zahur Ahmed Chowdhury Stadium in Chattogram on Wednesday.

Left-arm Taijul Islam led Bangladesh to a brilliant start on the day before Cheteshwar Pujara (90) and Shreyas Iyer (82 not out) scored fifties to bring some resistance in their innings.

However, Taijul (3-84) and one-day series-winning hero Mehidy Hasan Miraz (2-71) took two late wickets on the day to limit India to 278-6 at stumps to make the game evenly poised after the visitors won the toss and elected to bat first. 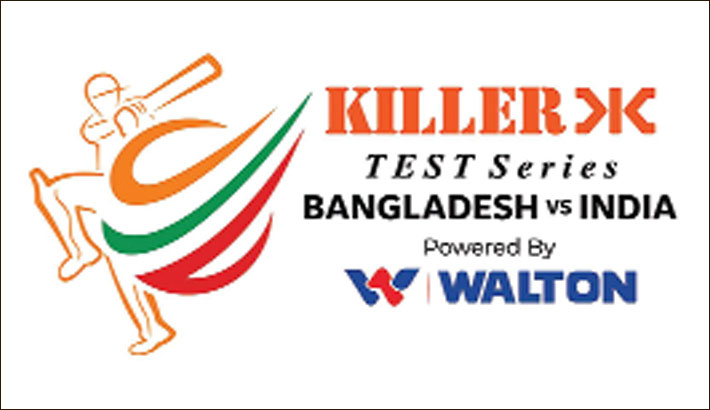 Bangladesh skipper Shakib Al Hasan, who had passed the fitness test before went for the toss with his Indian counterpart KL Rahul, surprised

Peveryone in the morning by not picking experienced Mominul Haque and youngster Mahmudul Hasan Joy for the Chattogram Test.

Zakir Hasan was handed the debutant’s cap as he became the 101st Bangladeshi cricketer to represent in the elite format while the Tigers picked two pacers – Ebadot Hossain and Khaled Ahmed – for the game.

Taijul then caught the big fish Virat Kohli (one) as he trapped the batting maestro in front to force India reeling at 48-3 in the 20th over of their innings. Indian wicketkeeper-batsman Rishabh Pant tried to launch a counter-attack by smashing some big shots but his innings was cut short after Mehidy bowled him and sent him to the pavilion after the batter made 46 off 45 balls.

Pujara and Shreyas then rebuilt the visitors’ innings by adding 149 runs in the fifth wicket stand to take India’s score over 250-run mark.

Both the batters were extremely lucky in their respective innings as Pujara was dropped on 12 by wicketkeeper Nurul Hasan Sohan off Ebadot while the pacer failed to take a regulatory catch at mid-wicket of Shreyas when he was 67 off Mehidy’s bowling.

Luck once again favoured Shreyas on 77 when Ebadot’s ball hit the stumps but the bails didn’t come off.

The partnership was finally broken by Taijul after he bowled a brilliant delivery to dismiss Pujara before Mehidy removed Axar Patel (14) in the last ball of the day to finish on a high note.