BSS adds, In Khulna: People of all walks of life here on Wednesday observed the ‘Martyred Intellectuals Day’ paying rich tributes to the country’s golden sons and daughters who were killed at the fag end of the War of Liberation in 1971 with a pledge to build the country following their ideals.

The country commemorated the brutal killings day before the country achieved the victory on December 16 after a bloody nine-month war against the Pakistani occupation forces.

Leaders and activists of different political and socio-cultural organisations, government, non-government organisations and educational institutions placed wreaths at the Gallamary Martyred Memorial here at early hours of on Wednesday.

The day’s programme began with paying tributes by Khulna Muktijoddha Sangsad to the Gallamary Martyred Memorial at 12 past one minute.

Marking the Day, Khulna district administration organised a discussion at the Deputy Commissioner’s conference room with DC Khondokar Yasir Arefin in the chair.

In Rajshahi: Various political, socio-cultural and volunteer organisations side by side with educational institutions including Rajshahi University observed the Martyred Intellectuals Day here on Wednesday paying rich tribute to the martyrs together with conveying deep sympathy to members of the bereaved families.

On this day in 1971, a number of the country’s renowned academicians, doctors, engineers, journalists, artists, teachers and other eminent personalities were killed by the Pakistan occupation force and their local collaborators.

In observance of the day, multifarious programmes including placing of floral wreaths on Shaheed Minar, photo exhibition, public gathering, discussion meeting and candle enlightening on the mass graves were observed throughout the day.

Rajshahi City Corporation authority paid tribute to the great sons of the soil through placing wreaths at the newly built memorial plaque on the mass-grave site at Shrirampur Bablabon area.

City Mayor and Presidium Member of Bangladesh Awami League AHM Khairuzzaman Liton accompanied by his office colleagues placed wreaths at the newly built memorial plaque on the mass-grave at Bablabon.

They also observed one-minute silence and offered special prayers there seeking divine blessings for the departed souls of the martyred intellectuals besides conveying deep sympathy to members of the bereaved families.

Rajshahi University of Engineering and Technology (RUET), Rajshahi Medical University and the Board of Intermediate and Secondary Education, Rajshahi observed the day through almost similar types of programmes separately.

In Rangamati: People from all walks of life here on Wednesday observed the Martyred Intellectuals Day commemorating the intellectual victims, who were killed by Pakistan occupation forces and their local collaborators at the fag-end of the country’s Liberation War in 1971.

On the occasion of the day, people paid rich tribute to the mural of Father of the Nation Bangabandhu Sheikh Mujibur Rahman by placing a wreath this morning.

In Rangpur: The Martyred Intellectuals’ Day-2022 was observed here on Wednesday paying rich tributes to the martyred intellectuals with a fresh pledge to establish the core spirit of the War of Liberation.

The observance began with placing of wreaths at the ‘Baddhyabhumi Smritistambha’ on the Town Hall premises followed by other programs since the morning in the city.

After placing wreaths, a one-minute silence was observed in memory of the martyred intellectuals.

The programs also included offering of special munajats and prayers seeking divine blessings for departed souls of the martyred intellectuals and discussions.

The district administration organised the main discussion at the Shilpokola Academy auditorium followed by distribution of prizes among winners of different competitions arranged for children marking the Martyred Intellectuals’ Day.

The district and city units of Awami League and its associate bodies observed the day beginning with placing wreaths at the portrait of Father of the Nation Bangabandhu Sheikh Mujibur Rahman followed by other programmes.

Later, leaders of Awami League and its different associate bodies placed wreaths at the ‘Baddhyabhumi Smritistambha’ and mural of Bangabandhu at Bangabandhu Square in the city.

Later, the district and city units of Awami League organised two separate discussions at their respective offices in the city.

Addressing the discussion, the speakers said the Pakistani occupation army and their collaborators Al-badars, Al-shams and Razakars killed intellectuals on December 14 at the dawn of national independence in 1971 to make the Bangalee nation talentless.

People from different socio-cultural organisations, educational institutions, government departments as well as political parties pay their rich tribute to the martyred intellectuals across the country on Wednesday marking the Martyred Intellectuals Day. 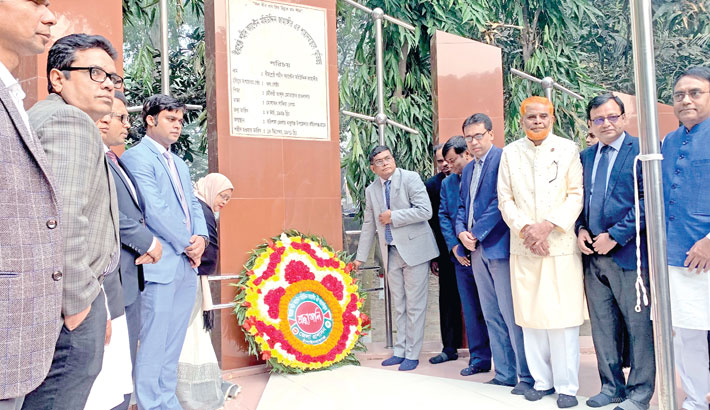 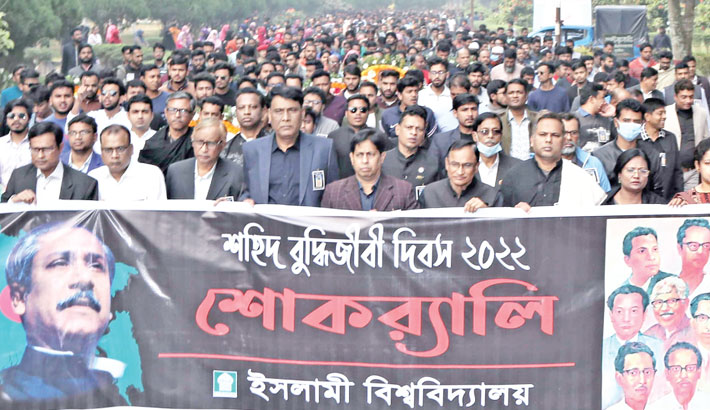 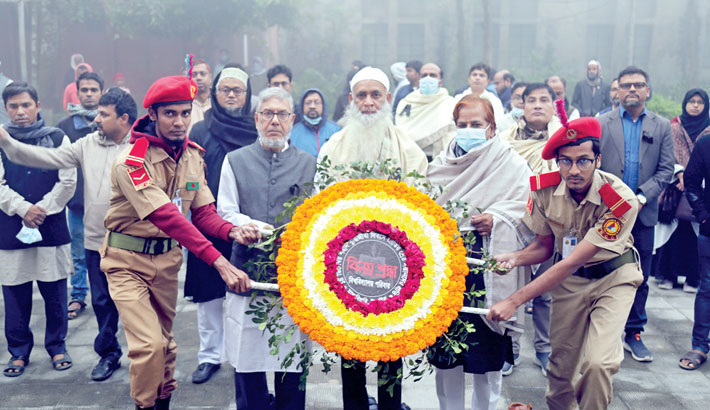 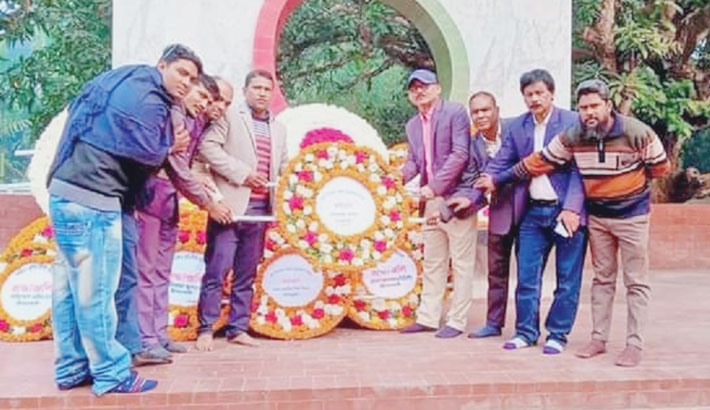 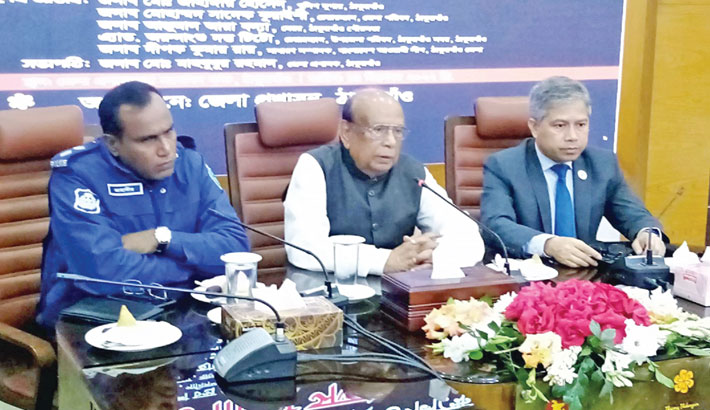 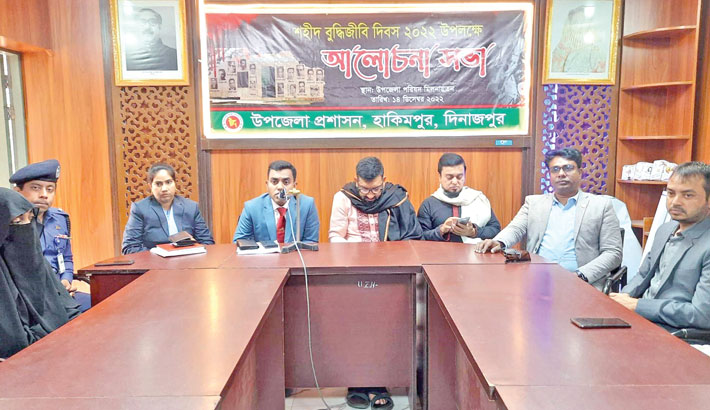 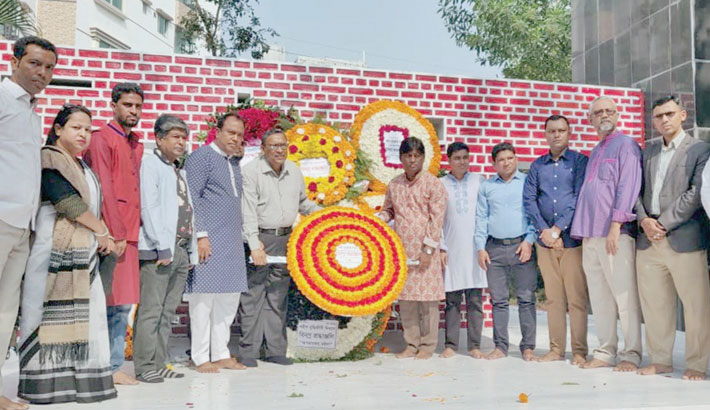 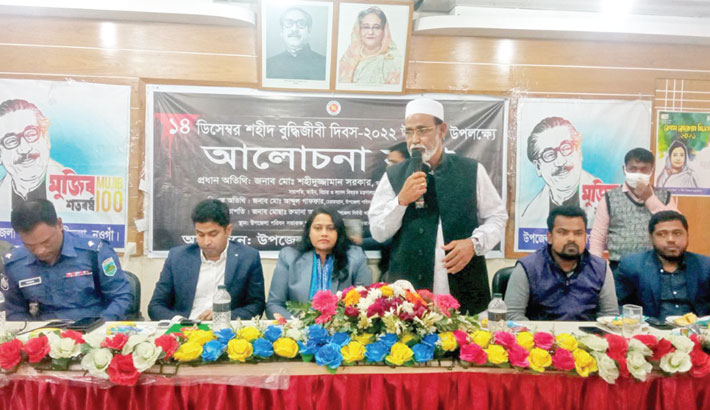 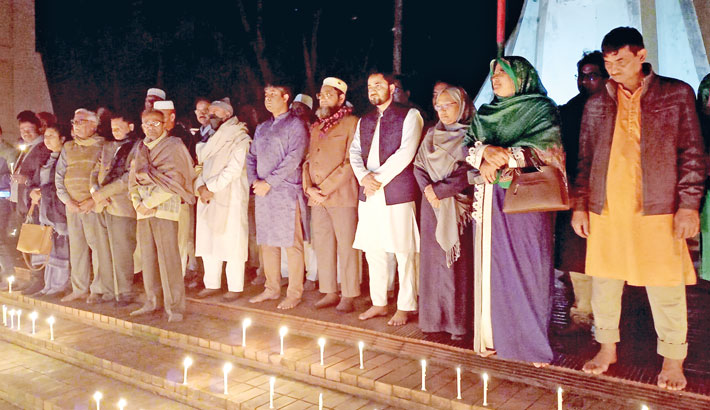 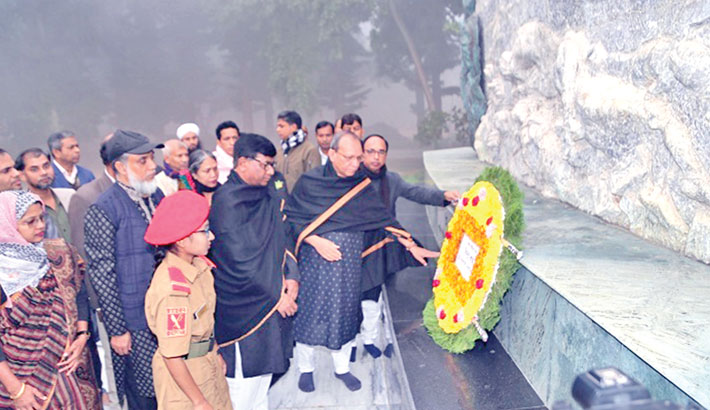 Ashrayan serves as saviour of the ultra-poor in winter

Employees of Local Government Engineering Department (LGED) form a human chain in front of the LGED office in Moulvibazar on Monday, demanding exemplary punishment for those involved in the attack on the project director of Chattogram City Corporation Md Golam Yazdani. – Sun Photo