Law enforcement agencies are yet to make any headway in the investigation into four separate sensational murders committed recently in the capital.

The criminals involved in the crimes are having opportunity to get off scot-free, keeping the victim families to run after investigation officers to bring the culprits to book.

Tipu, former general secretary of Motijheel Thana Awami League who was on his microbus destined for his home, was shot dead by a masked assailant at Khilgaon rail gate on the night of March 24.

College student Samia Afran Prity, who was on a rickshaw, was hit by a stray bullet and died on the spot.

Tipu's wife Farhana Islam Dolly, who filed a murder case with Shahjahanpur Police station on March 25, told the Daily Sun that investigation agency DB Motijheel Division was yet to submit a charge sheet in the case despite confessional statements given by three prime accused before a Dhaka court.

She said some 27 accused were so far arrested in the case and two of them — Rakib and Shaykat— were freed on bail.

Dollly, who is a councillor of Dhaka South City Corporation, said those whose names were disclosed by killer Musa before the court must be brought to book.

The woman sought the intervention of Prime Minister Sheikh Hasina to get justice for the murder of her husband.

When contacted, Deputy Commissioner of DB Motijheel Division Razib Al Masud told the Daily Sun that they were yet to conclude the investigation into the case.

On May 31, 2021, police recovered the body of Sabira, a doctor of Green Life Hospital, from her rented flat at Kalabagan.

Police detained a number of relatives and neighbours of the victim, but could not get any clue.

The specialised unit of police could not make headway in the incident yet.

Rafi, son of businessman Belayet Hossain, went missing after he went out of their residence at Vatara in the capital on January 13, 2021.

Police recovered his body from Hatirjheel Lake on the following day and sent it to Dhaka Medical College Hospital for autopsy.  The autopsy report stated that he was suffocated to death.

DB Tejgaon Division is now carrying out investigation into the case filed with Hatirjheel Police Station. The DB division is yet to trace the killers.

The body of Buet student Fardin was recovered from the Shitalakshya River at Siddhirganj in Narayanganj on November 7 after he went missing from the capital on November 4.

Razib Al Masud, deputy commissioner of DB Motijheel Division, said they could not make any progress in the sensational case.      Kazi Nuruddin Rana, father of the victim, is now frustrated and uncertain if he will get justice for the murder of his son.

A group of Buet students staged a human chain on the campus on Tuesday (December 6) and demanded immediate arrest of the killers.

The protesters said they were confused over differed statements of DB police and Rapid Action Battalion over the killing spot and time. 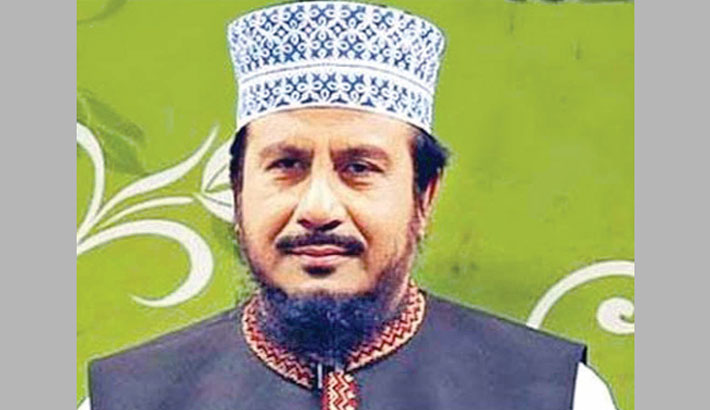 No headway in probe into Niloy murder