One year has passed since the US Treasury Department slapped sanctions on Bangladesh’s elite paramilitary force called RAB, an acronym for Rapid Action Battalion and its seven officers on alleged grounds of human rights violations. This has caused quite a stir in the political arena of the country and increased diplomatic tensions between the two countries. The day when the sanctions came was December 10, 2021. Those who love to see this US gesture of hostility towards Bangladesh as signs of the government’s fall from grace seem to be on cloud nine. They are celebrating the sanctions imposition day with interests and enjoyments holding pep rallies and political activities with a view to endorsing the bans and reminding their political masters of doing similar things in the future.

Bangladesh Nationalist Party (BNP) and its political allies are making a song and dance about the US sanctions. As a matter of fact, it is they who first made the calls for imposition of sanctions to put pressure on the government to bow. BNP is given to the politics of cutting off their own nose to spite the opponent’s face. It is absolutely preposterous on their part to be so judgmental about things that apply to their cases too. As the old proverb has it: ‘The pot calling the kettle black’. Does it suit them to blame others for offences for which they themselves are to blame.

History shows that BNP was the initiator of RAB whose precursor was a joint anti-crime operation called ‘Operation Clean Heart’ carried out by the army and other law enforcement agencies by order of Khaleda Zia government that claimed 44 lives in custody. Mrs. Zia’s government went to such extents that they did not hesitate to provide the participants in the operation with indemnity by passing the controversial Joint Drive Indemnity Act, 2003. So, when BNP shouts its disapproval of its own creation from the rooftop, they leave themselves open to mockery and ridicule.

We do not support extrajudicial killings. We believe the worst criminals preserve the right to receive the death sentence through the course of justice. Sheikh Hasina’s government had punished the most hated war criminals by bringing them to justice. The extrajudicial killings and enforced disappearances allegedly perpetrated by RAB call for an extensive and unbiased investigation starting from the 2002 ‘Operation Clean Heart’. But without any neutral official enquiry, the US Treasury Department’s hurried investigation based on data derived from some NGOs funded by US and its allies and the abrupt leap to unilateral sanctions smack of a US cover-up.

The USA cannot deny that it lent a hand in the continuation of RAB activities in Bangladesh even after the shift of the government in 2009. When Sheikh Hasina came to power, there were discussions in diplomatic circles about the disbandment of RAB.  But the US and Indian envoys opposed it. The US ambassador to Dhaka, James Moriarty described RAB as ‘a premier counterterrorism force’ and wished that someday it would grow as “a Bangladeshi version of FBI (Federal Bureau of Investigation)”. According to the Cablegate (United States Diplomatic Cables Leak) sources, the US government was aware of RAB as early as 2005, just one year after the elite force was formed. But they did not express concern over this human rights violation issue for reasons best known to them. Cablegate also revealed that the US had been providing RAB human rights training from 2008 to 2011 which included ‘investigative interviewing techniques’ and ‘rules of engagement’. In addition, the USA government in 2019 allowed RAB officials to visit their country to receive further training. Despite all this, when the US made an embarrassing U-turn on RAB and its anti-terrorism activities and blamed them, it was distinctly below the belt. And it prompts us to have second thoughts about the subject.

The US bans on Bangladesh are more for geopolitical reasons than anything else. As a matter of fact, after Bangladesh has asserted its authority in the new global geopolitical order and started perusing a neutral foreign policy by striking a balance between the key players of geopolitics in the Indo-Pacific region, US-Bangladesh relations have been under strain. The United States under Joe Biden’s leadership perhaps does not want Bangladesh to enjoy wide latitude to make its own geopolitical decisions. It is an acknowledged fact that USA has been taking an interest in the Indo-Pacific region for quite a long time. President Obama’s billing himself as "America’s first Pacific president" and his “pivot” to Asia in 2010 and Hillary Clinton’s “America’s Pacific Century” are two shining examples of US interest in South Asia. Moreover, there is no shift in Biden administration’s attitude towards the politics of this region. So, Bangladesh’s refraining from joining the US-led alliance--the Quadrilateral Security Dialogue known as QUAD which includes India, Japan and Australia seems to have upset the US apple cart. The growing strategic partnership between USA and India in pursuance of America’s Indo-Pacific policy aimed at thwarting China’s indomitable economic growth is a vexing problem for Bangladesh. The Indo-US liaison wants Bangladesh to side with them in their battle for supremacy in the region while China, the largest development partner of Bangladesh, may be, quite deservedly, looking forward to its support. So, Bangladesh is having to watch its steps with all countries vying for primacy in the region and tilt the balance only in favour of its own geopolitical interest. The USA sure does not like it, and therefore might have made the blatant attempt to buy Bangladesh’s loyalty.

What the US is doing to Bangladesh resonates with the above mentioned saying—‘the pot calling the kettle black’. According to the official statistics of the United Nations Trust Facility Supporting Cooperation on Arms Regulation, we get a gloomy picture of US human rights scenario which includes gun violence, mass shooting and police brutality. Gun violence is one of the perennial human rights problems in the USA, the top civilian gun owning country in the world. It is a harrowing fact that between 1968 and 2022, 1.5 million people died from gun-related death in USA. According to the FBI, there were 345 ‘active shooter incidents’ in the country between 2000 and 2022 that resulted in more than 1,024 deaths. There is a shocking amount of racism in American society. Owing to systemic racism and white supremacy, police brutality has emerged as an alarming human rights issue in the USA. US police was accused of 9,911 killings between 2013 and 2022 and the native and the black people were the worst victims. How does the US define all these incidents? Doesn’t it treat them as acts of human rights violation? If they do, what punitive action they have taken against the perpetrators?

It is a wonder that holding the world record for human rights violations, the USA points an accusing finger at Bangladesh. How far are the accusations factual? How far are the sanctions justifiable? These must come into question. 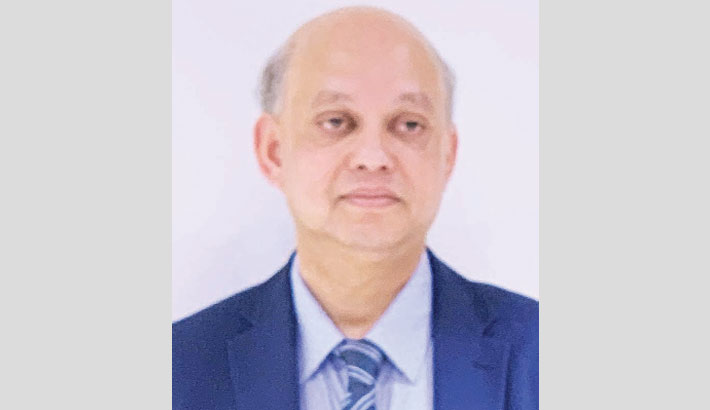