DOHA: Brazil and Argentina are a single win away each to set an epic semifinal in the FIFA World Cup Qatar 2022 with both of them taking the pitch in their respective quarterfinals tonight, reports AFP.

Brazil will face Croatia in the day’s first quarterfinal while Argentina meet the Netherlands in the 2nd quarterfinal.

Brazil head into the quarterfinal against Croatia brimming with confidence after Neymar's return inspired a performance laced with swagger and arrogance in the last 16. 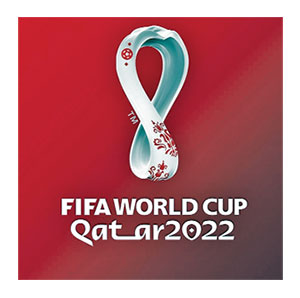 Their eye-catching 4-1 victory against South Korea, which featured goals by Vinicius Junior, Richarlison and Lucas Paqueta as well as a Neymar penalty, sent out an ominous message to their rivals in Qatar.

The football, for 45 minutes at least, was free-flowing and full of joy, the players celebrating their goals by showing off their dance moves and even getting Tite, their 61-year-old coach, to join in.

So thrilling were the Selecao at Doha's Stadium 974 that their performance drew comparisons in some quarters with the very best and most entertaining Brazil sides, from the 1970 team of Pele to the 1982 vintage led by Socrates.

Yet it was just one game, and it came after the five-time champions scored just three goals in three group matches and also lost to Cameroon, their first defeat in the opening round at a World Cup since 1998.

Brazil will surely settle for a simple victory without the exhibition football when they take on 2018 runners-up Croatia at Education City Stadium, mindful of results at recent World Cups.

Since they won their fifth title in 2002, Brazil have gone out each time to European opponents, including a 7-1 humiliation at the hands of Germany on home soil in 2014 and a defeat by Belgium four years ago in Russia.

"We are dreaming of winning the title, that's obvious, but we have to go step by step," Neymar said after the victory over South Korea.

"This was the fourth game. There are three to go but we are prepared. Our minds are focused on winning the title."

Neymar returned to the starting line-up for the last 16 after suffering an ankle injury in the opening 2-0 victory over Serbia, while the return of Danilo at left-back was almost significant.

Tite has lost another full-back, Alex Telles, for the rest of the tournament but another, Alex Sandro, is training again and hopes to be back.

If that is the case then Danilo will switch over to right-back and Eder Militao should drop out of the side.

Croatia made it to the final four years ago after being taken to extra time in three consecutive matches and they required an extra half hour as well as penalties to get the better of Japan in the last 16 on Monday.

Whatever happens, reaching this stage on the back of their 2018 exploits is an achievement worth celebrating for the nation of just four million people.

But Croatia, who have lost just once since last year's European Championship, believe they can compete and may use their Nations League win over France in Paris in June as an example to follow. "We had a really good game there, with important ball possession too, and we need to keep the ball against Brazil," said Kovacic.

"This is Brazil, we can follow that blueprint but it will be a different game."

Merely a glance at their iconic orange or blue and white striped shirts is enough to evoke memories of World Cups past and more history will surely be written on Friday when the Netherlands face Argentine in their quarter-final.

Argentina have the pride that comes from being two-times world champions while the Netherlands carry the baggage of being three-times beaten finalists.

The game is far from being a nostalgia-fest, however, pitting one of the greatest forwards of all time against one of the finest defenders of the modern era, with Lionel Messi trying to unpick a defence marshalled by Liverpool's Virgil van Dijk.

The game also pits the youngest manager in the tournament against the oldest.

Argentina's 44-year-old coach Lionel Scaloni, in his first major tournament, will have to out-think the wily 71-year-old Louis van Gaal, whose resume includes league titles with Barcelona and Bayern Munich as well as a Champions League victory with Ajax.

The South Americans came into the tournament, as always, with high hopes in their homeland of a victory to match those celebrated in 1978 and 1986, while the Dutch had more tempered expectations given their failure to qualify four years ago.

It has been smooth progress in Qatar for the Dutch though, who topped their group and then beat the United States in the last 16 with some comfort and style, looking solid at the back and - despite critics labelling them dull - increasingly effective in their attacking play.

With Memphis Depay's fitness gradually improving and Cody Gakpo having enjoyed a good tournament, the Dutch have a punch to their attack that many feared would be missing.

Argentina began the tournament with a shock loss to Saudi Arabia, one of the biggest upsets in World Cup history, but recovered to finish first in the group. Messi then turned on the style as they overcame Australia to book their place in the last eight.

Van Gaal unsurprisingly sees Messi's creativity as a serious threat but he raised some eyebrows when he also hinted at the seven-time Ballon d'Or winner's lack of defensive work-rate.

"Messi is the most dangerous creative player, he is able to create a lot and to score goals himself. But when they lose the ball he doesn't participate much, this gives us chances", he said.

Surprisingly, given their pedigree, Argentina have never beaten the Netherlands inside 90 minutes in their nine meetings in World Cup and friendly encounters.

But it is their victory on penalties in Sao Paulo in the semi-final in 2014 that lingers in the mind for Van Gaal, who was in charge of the Netherlands at the time.

Van Gaal noted that while Messi was neutralized by the Netherlands in that game it counted for little given that the Argentines advanced after a shootout to end the Dutch dream of finally celebrating a World Cup title. A fonder memory for Dutch fans is of the 1998 World Cup where Dennis Bergkamp secured a place in the last eight with a wonderful last-minute finish in a 2-1 victory.

But the Argentines, who know their football history and their struggles with the Netherlands, expect to face a well-drilled team which so far in this tournament has not looked in much trouble.

"It's not as brilliant as previous Dutch teams, but they are very clear on what they do," said Scaloni. "This is going to be a great match between two historic teams."