Morocco coach Walid Regragui has urged his team to believe they can defeat powerhouse Spain as they attempt to reach a first World Cup quarter-final.

The north African side are in the last 16 for only the second time after advancing as winners of Group F ahead of 2018 runners-up Croatia, having defeated Belgium and Canada in Qatar.

"It will be a very testing game for us. We're coming up against one of the best footballing nations in the world. I think they're one of the favourites to reach the final," Regragui said on Monday. 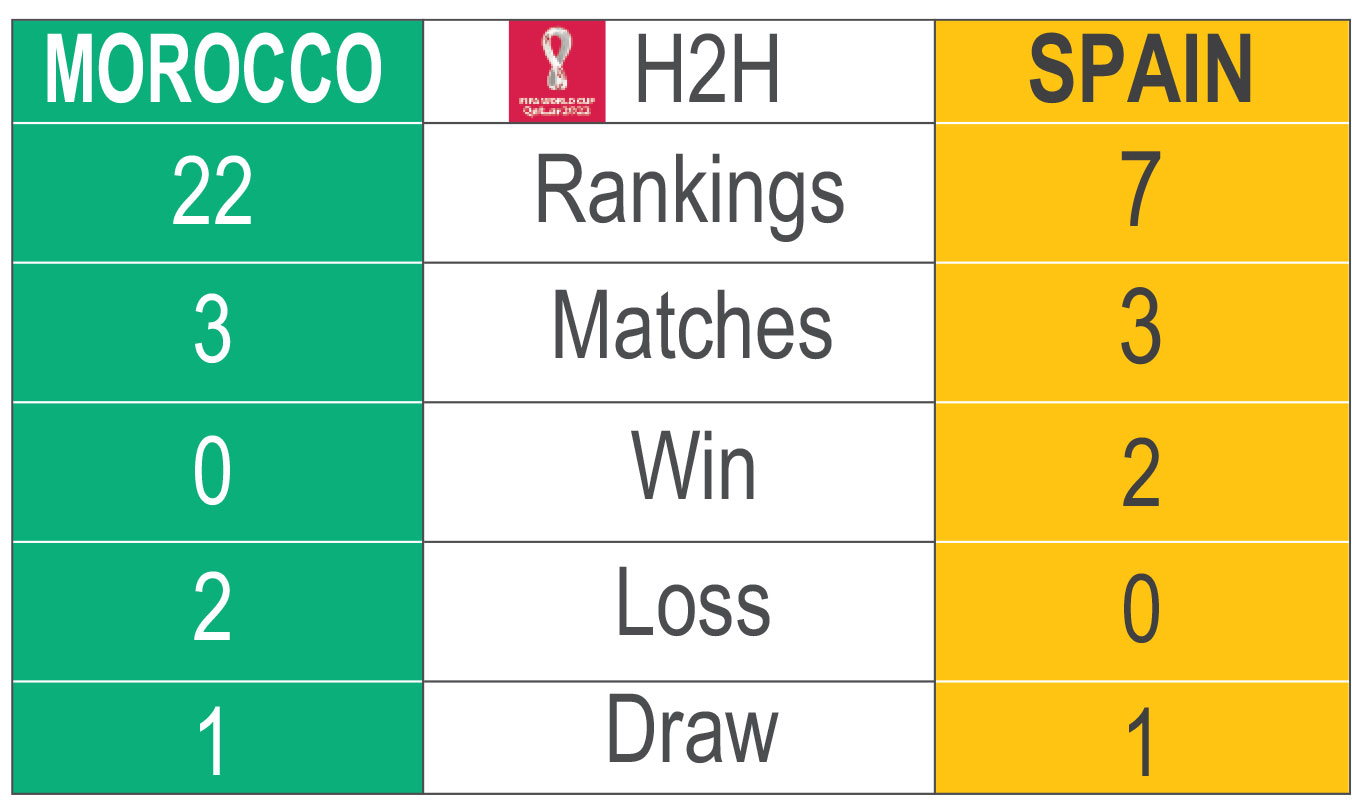 "That said, we've also got things up our sleeve. We've had one extra rest day compared to them and we're going to try and pull a surprise out of the bag.

"If we're able to send Spain packing I think this will be a wonderful surprise not only for us but for our country."

Spain denied Morocco a famous win at the 2018 World Cup with a last-gasp equaliser in a 2-2 draw, the only point the Moroccans picked up in Russia.

Morocco, the lone Arab nation and the last African team remaining in Qatar, will have the vocal backing of thousands of fans for Tuesday's game at Education City Stadium.

"We'll come out swinging. We want to hoist the Moroccan flag way up high. We're playing first and foremost for us and our country," said Regragui.

"All Arabs and Africans, we want to make them happy. We want their prayers and we want their support so it can give us that extra ingredient to win. Before it was just the Moroccans that supported us."

Morocco's only other appearance in the last 16 came in 1986, when they lost 1-0 to eventual runners-up West Germany.