Luka Modric will continue playing for Croatia beyond the World Cup, coach Zlatko Dalic said, as the 2018 finalists prepare to face Japan in the last 16 on Monday.

Real Madrid schemer Modric will win his 159th cap for his country if he plays against Japan and is still making Croatia tick at the age of 37.

Modric has now appeared in four World Cups and four European Championships and Dalic said his captain is not ready to retire from international duty just yet.

"This will not be the last tournament he will play for Croatia," Dalic said on Sunday. 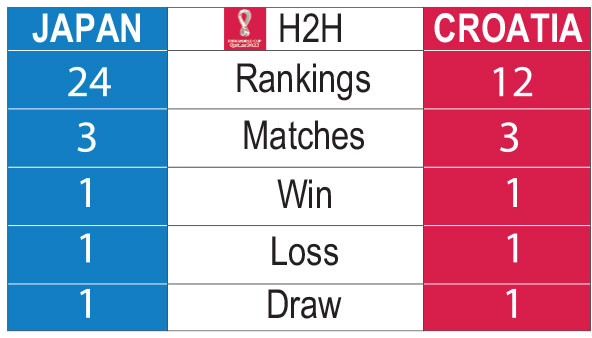 "He is professional and in good shape, you can see how he is in training, working to improve himself. It's unprecedented."

"We will need Luka for some time more in the future," he added. Modric started all three of Croatia's first-round games in Qatar as they finished second in Group F behind Morocco.

He is one of several players remaining from the team that was beaten by France in the final in Russia four years ago.

Defender Josko Gvardiol, who is making his World Cup debut, said he hoped Modric would stick around for future campaigns. "When you come to a national (team) where (Mateo) Kovacic, (Marcelo) Brozovic and Luka Modric are the midfielders, half of your problems are solved already," said the 20-year-old.

"You have a lot less on your mind, and I really do hope this is not his last World Cup."

Croatia conceded only one goal during the group stage and now face a Japan team that stunned Germany and Spain to top Group E.

Dalic said his team would show Japan "the utmost respect" and would not fall into the same trap as Germany and Spain.