Bangladesh suffered a huge blow ahead of the three-match ODI series against India as their skipper Tamim Iqbal was ruled out of the series due to a groin injury.

“He is unavailable for ODIs as he is ruled out for two weeks,” chief selector Minhajul Abedin told The Daily Sun on Thursday.

Tamim picked up the injury during a warm-up game at the Sher-e-Bangla National Stadium in Mirpur on Wednesday. The senior batsman is also doubtful for the first Test.

While the ODI series, which will start on December 4, will finish on December 10, the first Test is set to begin on December 14 in Chattogram and as a result, Tamim will face a race against time to make it to that game.

The second Test will take place on December 22-26 in Dhaka.

Meanwhile, Minhajul said that they are yet to take a decision on who will lead the side in absence of Tamim during the ODI series.

However, a BCB insider confirmed to The Daily Sun that either Shakib Al Hasan or Liton Das will lead the side against India in the ODIs.

Earlier, in-form pacer Taskin Ahmed was ruled out of the first game due to a back injury and left-arm pacer Shoriful Islam was called up as a backup in the ODI squad.

“Taskin is ruled out from the opening game as his back pain recurred,” said Minhajul.

“We are observing his situation and will take a further decision regarding his participation later,” he concluded. 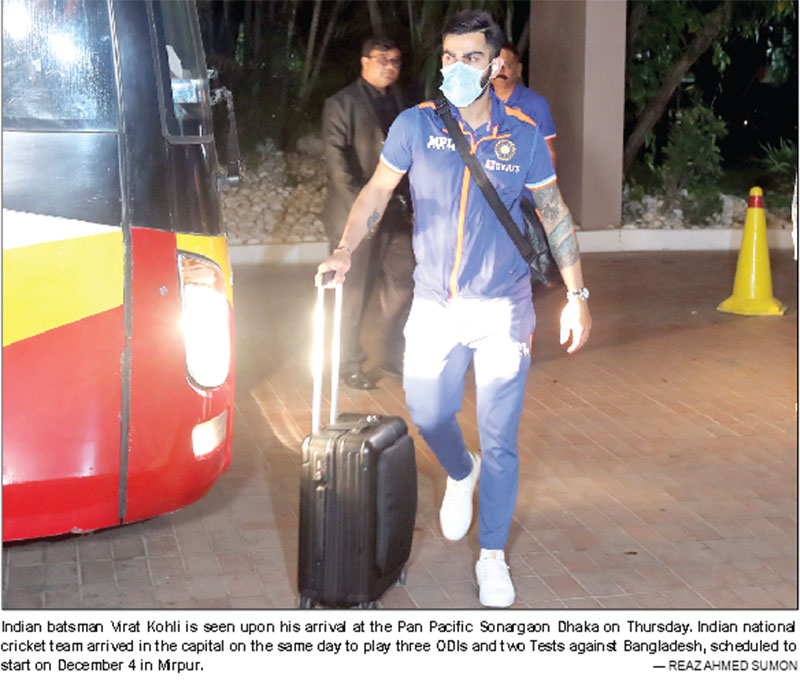