Rodrygo is the complete striker: the 21-year-old Brazilian can play on the left, the right, as a No.10 or as a false nine.

And after his decisive second-half performance against Switzerland on Monday he looks well-placed to finally earn his first start for the Selecao, maybe even in Neymar's playmaker role.

Substitute Rodrygo set up Casemiro's late goal in their 1-0 win against the Swiss, which followed a 2-0 victory against Serbia in their World Cup opener. 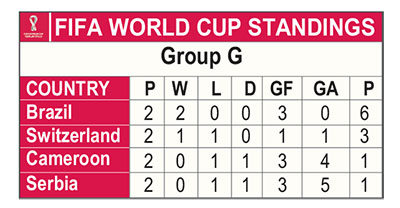 Brazil have already qualified for the last 16 ahead of Friday's final Group G clash against Cameroon and coach Tite is likely to make changes, with Neymar still nursing an ankle injury sustained in their opening match.

Casemiro believes Rodrygo, who plays for Real Madrid, has the talent to be Brazil's next big star.

"God gave him the gift of playing football. It's beautiful watching him play," the Manchester United midfielder, who used to play alongside Rodrygo at Madrid, said last week.

The youngest player in Tite's World Cup squad has one major advantage over the others.

"We've seen him playing as a false nine, a 10, the 'Neymar" of Real Madrid, with the ability to play on the left and right," Matheus Bachi, an assistant coach with Brazil, who is also Tite's son, said recently.

"He's a chameleon, but a chameleon who does all these functions very well."

Since his Brazil debut three years ago, Rodrygo has made nine appearances, but all as a substitute.

He scored one goal in a 4-0 World Cup qualifying win over Paraguay and now has one assist to his name too.

And he has no doubt that he could fill the void left by Neymar.

"I feel comfortable playing in every position up front. I've already played with the No.10 jersey in the junior categories but it's only recently that (senior) coaches have started putting me there," Rodrygo said recently.

"We already have our No.10 here, Neymar, but who knows for the future."

The future may be now. 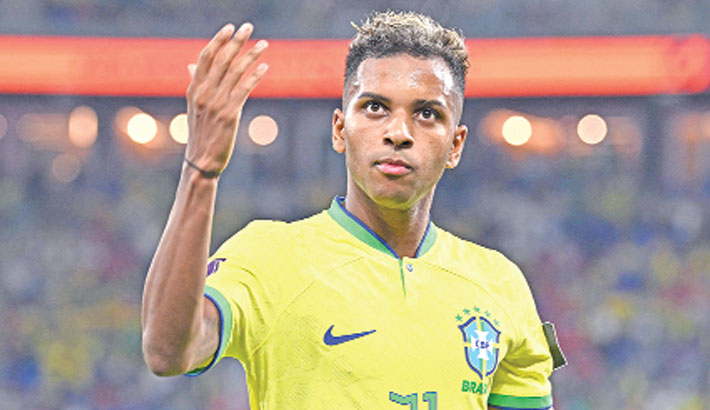