DOHA: Kalidou Koulibaly sent Senegal into the World Cup knockouts for just the second time in their history with the winner in Tuesday's dramatic 2-1 win over Ecuador, reports AFP.

The Netherlands' dominant victory over Qatar meant only a win would see Senegal through to the knockouts from Group A, while Ecuador would have progressed with a draw.

Senegal opened the scoring through Ismaila Sarr's penalty late in the first half, but despite managing to keep Ecuador captain Enner Valencia quiet throughout, Brighton's Moises Caicedo levelled in the 67th minute before Koulibaly sent his team through and Ecuador home. 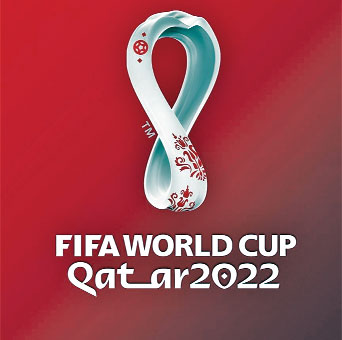 After a barren first half, Ecuador started the second half fresher and more determined, perhaps reassured that the Netherlands' dominance over Qatar meant they only needed a draw to go through.

From a free-kick, defender Felix Torres rose high to head the ball on to Caicedo, who was waiting at the far post and slammed the ball home.

Senegal struck back immediately and in almost identical fashion, with Koulibaly lurking unmarked at the far post following a free-kick which was deflected into his path by Hincapie.

Coming into the match on a yellow card, Gueye picked up a second-half booking and will miss Senegal's last-16 game against the winners of Group B.

Meanwhile, Cody Gakpo scored again as the Netherlands booked their place in the World Cup last 16 as group winners with a straightforward 2-0 victory over hosts Qatar on Tuesday.

The Netherlands, needing just a point to be sure of progressing, put one foot in the next round inside the first half-hour as Gakpo scored for a third straight group game.

Frenkie de Jong added another in the 49th minute as the Dutch cruised through in a flat atmosphere at the Al Bayt Stadium.

Qatar, already eliminated before kick-off, suffered the ignominy of becoming the first home team in World Cup history to finish the group stage without a point.

The Oranje will next take on the second-placed team from Group B for a quarter-final spot at the Khalifa International Stadium on Saturday.