In Bangladesh, air pollution continues to devastate the country, resulting in human fatalities, financial losses, and pollution-related environmental concerns. According to a study, air pollution-related illnesses and deaths have increased recently, aggravating the situation of people in general and children, women, and the elderly in particular. There are several factors that contribute to air pollution in Bangladesh, but air pollution from power plants is a significant one. Information indicates that Bangladesh has roughly seven different kinds of power plants that produce electricity. It includes solar, coal-fired, gas turbines, gas engines, hydroelectricity, combined cycle, and thermal power plants that are powered by coal, oil, or gas, water, and water. Additionally, Rooppur Nuclear Power Plant is still being developed.

In Bangladesh, several coal-powered projects have been cancelled. The government scrapped ten coal-fired power plants because of environmental issues. Among the plants that have been cancelled are those with 1,320 MW of capacity each, the Patuakhai and Maheshkhali power plants, backed by China; the Maheshkhali plant, backed by Malaysia; a joint Bangladesh-Singapore project; and a joint project between Japan's Sumitomo Corporation and Bangladesh's state-owned Coal Power Generation Company Bangladesh. It was anticipated that the final five initiatives would be self-funded. The G-7 nations decided in May to stop funding new coal-fired energy projects by the end of the year. While China informed Bangladesh in February that it "would no longer accept projects with high pollution and high energy consumption, such as coal mining and coal-fired power plants," the Asian Development Bank and Japanese banks have supported the initiative. Environmentalists applauded the government's decision to close the plants, but they demanded a roadmap for completely phasing out coal-fired energy. In Maheshkhali under Cox's Bazar district, a coal-fired power plant called Matarbari is being constructed. Coal Power Generation Company Bangladesh (CPGCBL), a state-owned company, is developing the 1.2GW project with an estimated cost of $4.5 billion. The Matarbari power project was proposed in September 2011 and got environmental permission in October 2013. Construction began in January 2018 and is expected to be completed in 2024. It is planned that the plant will contribute 10% of Bangladesh's total generation capacity. According to studies, the Moheshkhali power hub in Cox's Bazar would lose at least 30,000 people to worsened air pollution if coal-fired power plants were developed there. In addition to the loss of life, the pollution from the 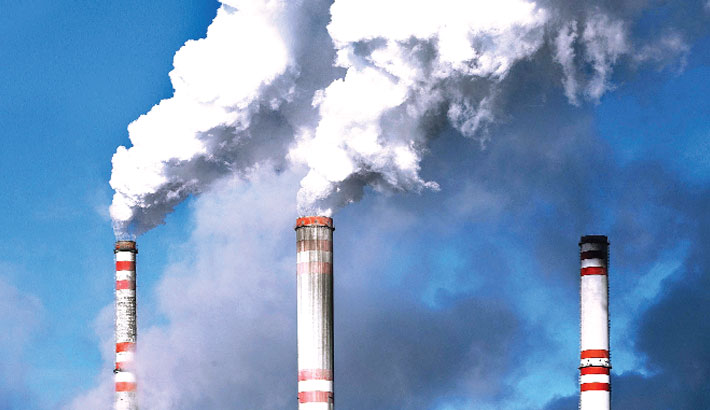 power plants would have a permanent negative impact on human and animal health. And additionally, the facilities would release 6,000 tons of fly ash and 1,600 kilograms of mercury into the atmosphere each year, with 40% of the mercury ending up on land and in the freshwater ecosystems of the area. Payra Thermal Power Plant, a sub-bituminous coal-type power plant, is now operating in Bangladesh. As well, the Matarbari and Rampal power plants are now being built. Thanks to the prime minister, the government decided not to develop many coal-fired power stations because of environmental concerns. Additionally, it is increasingly desirable and being asked that the operating and under-construction facilities be shut down. Three more are being constructed, also eight oil and gas-fired thermal plants are in operation. There is now only one coal-fired power station operating in the country; Barapukuria. Here are two chimneys in, each of which is 100 feet tall, and they each serve two units of the plant. Even from a distance, it is obvious that the chimneys are releasing an alarming amount of ash. This air pollution is most obvious to the unaided eye in the winter when grasslands and rice fields turn ash-tinted and grey. Other seasons can also see it. Sherpur, Madhyapara, Dudhipukur, Telipara, Jharuadanga, Rambhadrapur, and Sahagram are some of the villages affected by pollution. Local residents are struggling with severe bronchitis and skin conditions. In addition to this, ash in the air is affecting agricultural.

Coal-fired power stations are a significant source of numerous air pollutants, such as SO2, NOx, particulate matter (PM), HCl, HF, and Hg. Coal-fired power plants create hazardous air pollutants such as As, Be, Cd, Cr, Pb, Mn, Ni, Se, and other metals, which are fundamental components of fine PM. Exposure to coal-fired power plant-generated ambient particulate matter has long-term health effects. PM2.5, or fine particulate matter, can harm your health in the short and long term; long-term PM2.5 exposure is linked to shorter life expectancies and higher mortality risks from cardiovascular and lung diseases. Actuality, the International Agency for Research on Cancer (IARC) has designated a number of substances connected to coal-fired power plants as human carcinogens, including radon, outdoor air pollution, coal production, and coal combustion. It is challenging to quantify the percentage of lung cancer cases that can be linked to environmental variables like air pollution because they vary from country to country. According to new study from the Lancet Commission on Pollution and Health, lead poisoning and rising air pollution have killed about nine million people annually since 2015. Most of them died from lead poisoning, with air pollution accounting for around three-quarters of their deaths. The result is annual losses to the global economy of $4.6 trillion USD.

Bangladesh's reliance on coal for electricity generation has been remarkable compared to the global trend against it. However, Bangladesh is not a country that is abundant in coal, thus we are unable to supply coal on our own to power our facilities. The majority of our coal-fired power plants must instead import their coal. The main reason for opposition to the project is the development of this power plant next to the Sundarbans in Rampal, which is unpopular throughout the nation. The Rampal Power Station will generate power using coal. The greatest environmental threat to the Sundarbans has been identified as the coal ash produced by the combustion of this coal. The power plant will release about 220 tonnes of various harmful gases per day. These toxic gases are dangerous substances and environmental contaminants, according to Section 2 of the Environment Conservation Act of 1995.

Renewable energy power plants may be an efficient alternative to coal-fired plants in the country. At COP26, Prime Minister Sheikh Hasina stated a “goal of generating 40% of our energy from renewable sources by 2041.” The solar facility is a significant step forward in Bangladesh's attempts to cut emissions, and it marks a milestone in those efforts. As a consequence of the operation of the largest solar park in the country, which is located in Mongla, the proportion of renewable energy in Bangladesh's total power generation capacity has increased to 907.24MW, while the total generation capacity is above 25,000MW. This project is a significant initiative toward achieving the government's goal of diversifying the sustainable energy infrastructure of the country and is part of the Mujib Climate Prosperity Plan, which Bangladesh intends to obtain thirty percent of its energy from renewable sources by the year 2030. In Bangladesh, a number of utility-scale solar PV projects have been proposed. According to SREDA data, nine solar parks are already operational, and another 31 are in the planning or ongoing stages.

As a result of the toll that air pollution has been having on Bangladesh over the years, which includes lost lives, lost income, and pollution-related environmental issues, experts express their concerns about the future. The lack of act, unplanned development and construction, poor cooperation between government agencies, and careless monitoring are all blamed. Therefore, the government should move away from coal-based power generation and use renewable energy to produce power. Then it will be possible to reduce air pollution caused by energy production in Bangladesh.

The writer is the Dean at the Faculty of Science, Chairman of Department of Environmental Science, Stamford University Bangladesh and Joint Secretary at Bangladesh Poribesh Andolon (BAPA)