Voter turnout is a very simple political concept but, set against the backdrop of a democratic society, its analysis should not be shallow or meagre. It often revolves around a percentage. Specifically, voter turnout is the percentage of the electorate that participates in an election and acts as a summary of participation.

On 15 December 2018, the Bengali daily Prothom Alo published a significant report. According to statistics from a number of previous polls, the highest number of votes was cast during the caretaker governments. However, there is an exception in 1991, when only almost 55 per cent vote was cast. The record shows the turnout of voters was high in the ninth parliamentary election in 2008. About 87 per cent of voters cast their vote. In the eighth election of 2001, around 75 per cent vote was cast and the BNP-Jamaat-e-Islami alliance won the election and formed the government. The seventh parliament election was held in June of 1996 under a caretaker government. The turnout of voters was 76 per cent. Awami League went to power, then. The turnout of voters was low in the 10th parliamentary election held on 5 January 2014 during the tenure of Awami League. Main political parties, including BNP, boycotted the election. Only 19 per cent vote was cast.

We can say that the level of participation is one of the primary determinants of a successful democracy. If participation is lacking, the legitimacy of democratic politics is undermined. Increased voter turnout is of great importance to every institution, especially because it legitimizes the actions taken by elected leaders. 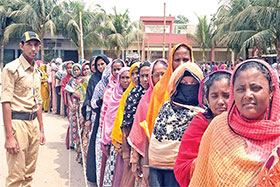 A satisfactory voter turnout is a sign of a credible election. In this regard, I would like to mention some focal strategies and steps in which electoral candidates or concerned someone can increase voter turnout in any election.

1) Increasing voters’ awareness: If people do not know that he is having an election, they are obviously not going to show up. For this, one can use social media to his/her advantage. Post multiple times on multiple social media sites about the election you are running and everything else that potential voters need to know. He can also send out flyers, print articles and run ads to further increase awareness.

2) May reach their voters anywhere on the planet as far as possible.

3) Addressing voters personally: Increase voter turnout by dividing the electorate into groups according to their behaviour and addressing them separately. A personalised approach can make all the difference. All eligible voters can be categorised according to their voting behaviour – and then specifically targeted. Categories can be “voters”, “non-voters” and “irregular voters”. Once expected voting behaviour has been established, voter information can be designed for each of the different groups. Voters can be thanked for voting in previous elections in the lead-up to the next one. Non-voters can receive information about what their vote can change before they get their poll card. Irregular voters can receive information about the reasons for low voter turnout which demonstrates an understanding of their concerns, thereby encouraging them to vote.

4) Creating an election website: To grab the attention of voters who have never before used their right to vote, one needs a central location where voters can find all information relating to the election as well as a feedback form: an electoral website.

5) Optimising electoral rolls: By optimising the voter registration list, one can reach out to more voters. Doing so allows non-registered voters and those who otherwise do not vote to be involved in the election.

7) Creating a sense of belonging: Give voters a feeling of belonging. Messages, such as "everyone votes", trigger the feeling of wanting to take part and make change happen thereby increasing turnout. Examples from around the globe suggest that there is an increasing division between different voter groups. One example is General Election in the UK in 2015, where the increased disparity in voter turnout across different social classes was highlighted. A piece of research done by Ipsos MORI about how Britain voted in 2015 suggests that the election results do not represent all classes equally.

8) Creating election polls: Conducting a small survey in the middle of the election period will remind those who have not voted to do so. A poll sent directly to this group can increase turnout significantly.

9) Attracting voters by language: There are several reasons why voters may not feel engaged in an election: the most serious is “It doesn’t change anything anyway!” A big message lies behind this small sentence. If one listens to this message closely, at least part of it means, “I can’t change anything.” This is where one can reach one’s voters because it is all about addressing voters in a motivating manner.

10) Thanking voters: Say thank you for participating in the last election and emphasise that this election is an opportunity to help shape decision-making within your organisation.

11) Using campaign ambassadors: A message of encouragement to participate in the election from influential people is very effective. Well-connected people can motivate others to vote thereby increasing voter turnout. Campaign endorsements by celebrities are recently common in our country. Stars like Riaz, Ferdous, Moushumi, Anjona and Misha encourage eligible voters – often through the internet or social media – to take part in the election.

12) Providing sufficient resources in elections and ensuring voting is accessible.

14) Strengthening civics education in colleges and universities and explorations of sufficient voter education.

16) Offering rewards: Try to give out some incentive for those people who genuinely do not care about elections (and they do exist), to get them inside the voting booth. Small rewards like “I Voted” or “I am a hero” (for voters) stickers will do the trick.

The writer is the District Election Officer, Moulvibazar 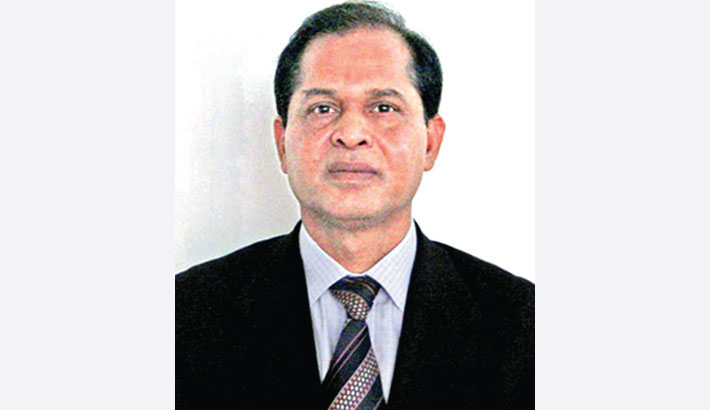 A shining example of enabling the disabled