Electricity was introduced to this land in 1901 through installing a private generator at Ahsan Manjil, the residence of the then Nawab of Dhaka. Mr. Bolton, a British citizen, switched on the first electricity in on 7th December, 1901. Electricity distribution system under private ownership began by DEVCO, a subsidiary of Octavian Steel Company, in the 1930s and Dhanmandi power house was set up for commercial distribution of power. Along the passage of time electricity has become an essential concomitant for economy, industry, agriculture and all spheres of individual, social and national life.

As in July 2022 Bangladesh has one national grid with an installed capacity of 25,700 megawatt. According to Power Cell, power generation capacity of Bangladesh is 25,730 megawatt and demand is about half of this. Maximum amount i.e. 14,780 megawatt was produced on 16th April, 2022. Despite having the capacity of producing 25,730 megawatt the government is going to import electricity from Nepal. Bangladesh’s Minister of State for Electricity and Energy informed that Bangladesh has taken initiative to buy electricity from Nepal not directly but through an Indian company. He says, "The potential of Nepal’s hydropower is huge. The prime minister has repeatedly said to take this hydropower. I myself went to Nepal last year and we signed an agreement there. Already we are in a process to take Nepal's power from Indian company GMR. The decision is in the final stage. The direct contract is with GMR that they are bringing power from Nepal. They will build the transmission line, we shall take that power from there." 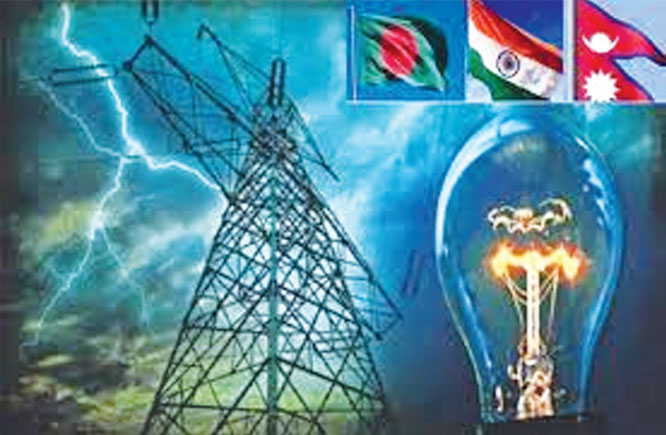 According to a cabinet decision, Bangladesh will import 500 megawatt of electricity through Indian company GMR at a rate of 7.72 US cents (IRs 8.80) per unit for next 25 years. Bangladesh has approved Letter of Intent in this regard (report– The Himalayan Daily, a Nepalese newspaper).

Parliamentary Committee on Government Procurement approved the proposal of power department to import 500 megawatt of electricity from Nepal through an Indian company in December 2019. Import formalities will be finalised in accordance with terms and conditions of Indian Regulatory Commission. As a result of the approval, the Indian company will enter into a power purchase agreement to take 500 MW of power from Nepal's 900-MW Karnali Hydropower Project (UKHEP), the report said.

UKHEP project Chief KK Sharma said that the Bangladesh government has already paved the way for the implementation of the project by finalising financial arrangements with various banks and financial institutions. According to him, LOI means that the Bangladeshi government has finalised all necessary legal issues to implement the plan to buy electricity from us. Sources of Energy Department inform that Bangladesh Power Development Board will sign electricity import agreement from GMR through NVVN as per the Electricity and Energy Rapid Supply Increase Act, 2018.

Nepalese news portal reported that the two countries reached an agreement on five bilateral issues under energy cooperation on Thursday. Discussions have highlighted the possibility that Bangladesh could initially use the unused capacity of its high voltage direct current structure at the Bheramara power plant for this purpose.

Regarding this initiative, Mr Shamsul Alam, energy advisor of CAB, an organisation that works with consumer rights has said, “Bangladesh is not able to purchase power directly from Nepal because of a clause of India. Electricity business is controlled by India through its policy. According to their clause, it can be done only within the framework of bilateral agreement. That is why Bangladesh cannot avail the benefit of getting electricity directly from Nepal. India and Bangladesh have a transshipment agreement on the use of ports. As Nepal has no direct border with Bangladesh, this electricity has to be brought through Indian transmission line.”

India got transit facility in 2016 to transport goods through Bangladesh to its eastern states known as Seven Sisters. From 2010 India has been using Ashuganj river port and the 45 km (approximately) Ashuganj-Akhaura road to transit food grains and heavy goods for power plant without any fee.

He also said, "There was room for bargaining here. India could have waived this clause for Bangladesh in return of the benefits Bangladesh has given to India for transportation of goods, tax and tolls. The unequal control policy that India has imposed on electricity imports. Bangladesh should fight it diplomatically."  According to him, Bangladesh now costs 29 paisa per unit of electricity. Even if Bangladesh brings electricity directly from Nepal, price of this hydropower will be much lower. If Bangladesh can’t take that advantage, it will be a diplomatic failure.

M M Akash, Professor of Economics of Dhaka University, who is associated with a movement of leftists on protection of oil-gas-electricity, raised the question of profit for Bangladesh to buy electricity in this way. He says, "Electricity is a public good. Its price in Bangladesh is regulated by the Energy Regulatory Commission. Public hearing is required for it. The Nepalese company will sell electricity to an Indian company. That Indian company will sell it back to us. There will definitely be a profit factor. Very naturally the logic of extra price will work here. Otherwise how they will earn profit? As it is a commercial transaction, it will obviously be profit oriented."

Apart from this the price has to be paid along with taxes and tolls. Transmission fees are likely to be incurred for bringing power through transmission lines from Nepal and India. Above all, Professor Akash has raised the question that how much profitable it will be for Bangladesh if Bangladesh can’t bring electricity directly from Nepal. 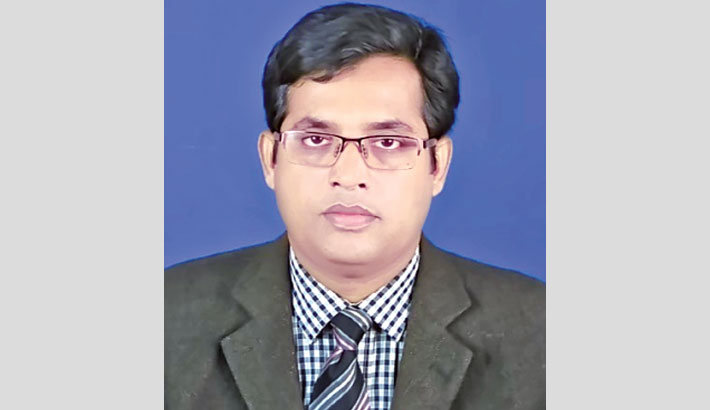