Rangpur Division clinched the title of the 24th edition of the National Cricket League after they beat Sylhet Division by five wickets on the third day of the last round tier-1 match in Bogura on Wednesday.

Chasing a mere target of 88 runs, Rangpur reached 89-5 within the first season of the day’s play to confirm their second NCL title overall. Rangpur earlier won the NCL title in the 2014-15 session.

Rangpur’s Mim Mosaddek made the highest 29 not out in the small run chase. 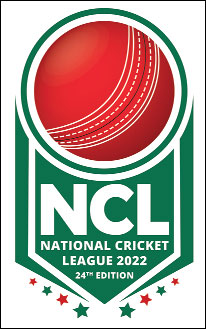 Rangpur earlier made 188 runs in their first innings while Sylhet scored 107 and 168 runs respectively.

Meanwhile, in the other tier-1 contest at the BKSP-3, Dhaka Division will require 87 runs more on the final day with five wickets in their hands in an exciting match against Chattogram Division.

On Wednesday, Dhaka finished the day at 168-5 after their skipper Taibur Rahman made the highest 71 not out. Chattogram’s left-arm spinner Hasan Murad claimed 4-64.

Earlier, Chattogram, which resumed on 187-3, were bowled out for 249 runs in their second innings to set Dhaka a target of 255 runs.

Dhaka pacer Salauddin Sakil finished with 4-55. In Khulna, Khulna Division clinched a nine-wicket win over Rajshahi Division during their last round tier-2 contest.

Rajshahi, which resumed on 202-5 on the third day, were bowled out for 236 runs in their second innings after Ashiqur Zaman 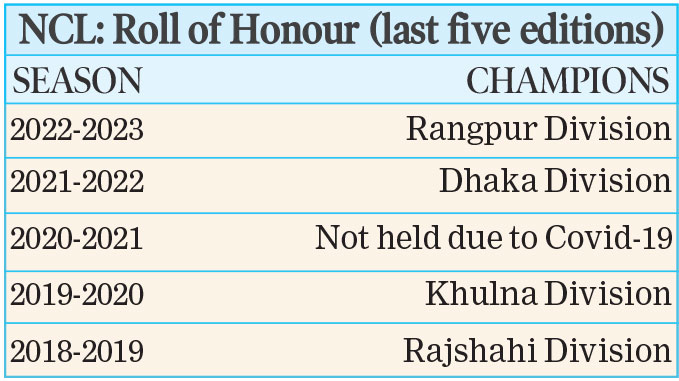 Khulna then reached the target 26-1 in just four overs to finish the tournament on a winning note.

In Sylhet, Dhaka Metro will require only 36 runs more to complete their victory over Barishal Division and get a promotion to the upper tier for the next edition of the tournament.

After bowling Barishal all out for 200 runs on the third day, Dhaka Metro finished the day at 154-3.