Shakib leaves no stone unturned to get back batting form

Bangladesh T20 skipper Shakib Al Hasan is leaving no stone unturned to get back his batting form as he completed a long batting practice session at Karen Rolton Oval in Adelaide on Friday.

The 35-year-old has been struggling with his form with the bat in the ongoing ICC T20 World Cup as he could score only 44 runs in four innings at an average of 11.

Shakib, who batted at the number four position during the first three Group 2 Super 12 matches, however, was unlucky enough to get dismissed in the first two games against Netherlands and South Africa respectively. 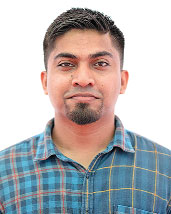 The left-hander was caught at the boundary during the Netherlands game in Hobart while against South Africa, he could have escaped his dismissal if he took a review of Anrich Nortje’s bowling in Sydney.

However, in the next two matches, Shakib made poor shot selections at crucial times of the games and threw away his wicket when the team was desperately looking forward to their skipper in order to win the matches.

Bangladesh, somehow, managed to clinch a narrow three-run win over Zimbabwe with whom Shakib made his tournament highest 23 runs in Brisbane but against India, he was dismissed while trying to play a suicidal shot of pacer Arshdeep Singh’s bowling when Bangladesh needed him to stay at the crease and they eventually fell only five-run short of India’s total.

There is nobody better than Shakib knows how crucial his getting back to runs is concerned that too when Bangladesh are preparing to take on Pakistan in their last Group 2 Super 12 match at Adelaide Oval, scheduled on Sunday.

On Friday, Shakib had a light fielding session with his teammates before he padded up for a long batting practice session at the central wicket of Karen Rolton Oval.

The left-hander initially struggled with his timing and he was even beaten a few times but as time progressed, he came out from his shell and started to hit the bowlers all around the ground. 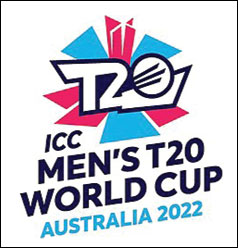 Shakib, at first, played against pacer duo Shoriful Islam and Ebadot Hossain while later on, he batted against the off-spin of Najmul Hossain Shanto, medium pace bowling of Soumya Sarkar and the two throwers.

The left-hander smashed all the bowlers one by one for big sixes and despite Bangladesh’s completing practice session after three hours, Shakib batted for more than half an hour after that time.

Shakib’s desperate batting efforts in the practice only suggest that he is trying heart and soul to contribute for his side with his bat as well during the crucial Pakistan game as he knows that his batting can play a big role in the game.