Holders and four-time champions the United States will face the Netherlands in the group phase of next year's FIFA Women's World Cup in a repeat of the 2019 final.

Megan Rapinoe's United States will also meet debutants Vietnam and a play-off winner at the finals in Australia and New Zealand, following the draw in Auckland on Saturday.

European champions England, the pre-tournament favourites together with the Americans, will play China, Denmark and one of Senegal, Haiti or Chile.

Led by veteran forward Rapinoe, the US are top of the FIFA rankings and going for a third crown in a row, having beaten the Dutch 2-0 in the 2019 final.

Germany, Sweden, France and Spain will also be sides to watch out for when the World Cup is staged at 10 stadiums in New Zealand and Australia from July 20 to August 20, 2023.

The opening match will be co-hosts New Zealand against former champions Norway in Auckland.

With 32 teams -- divided into eight groups of four -- it will be the largest FIFA Women's World Cup since the tournament began in 1991.

American two-time World Cup winner Carli Lloyd led the draw with former England striker Ian Wright among those helping out at a ceremony attended by about 800 people at Auckland's Aotea Centre.

The ceremony, with England coach Sarina Wiegman and New Zealand Prime Minister Jacinda Ardern among the guests, opened with a nod to New Zealand and Australia's Indigenous culture. Ardern calls the 2023 World Cup "the world's largest women's sporting event ever".

The Philippines, Morocco, Republic of Ireland, Vietnam and Zambia will all be competing at the Women's World Cup for the first time.

A play-off tournament in February will decide who takes the remaining three spots of the 32.

Australia and New Zealand will host one semi-final each, with the August 20 final at the 83,000-capacity Stadium Australia in Sydney. 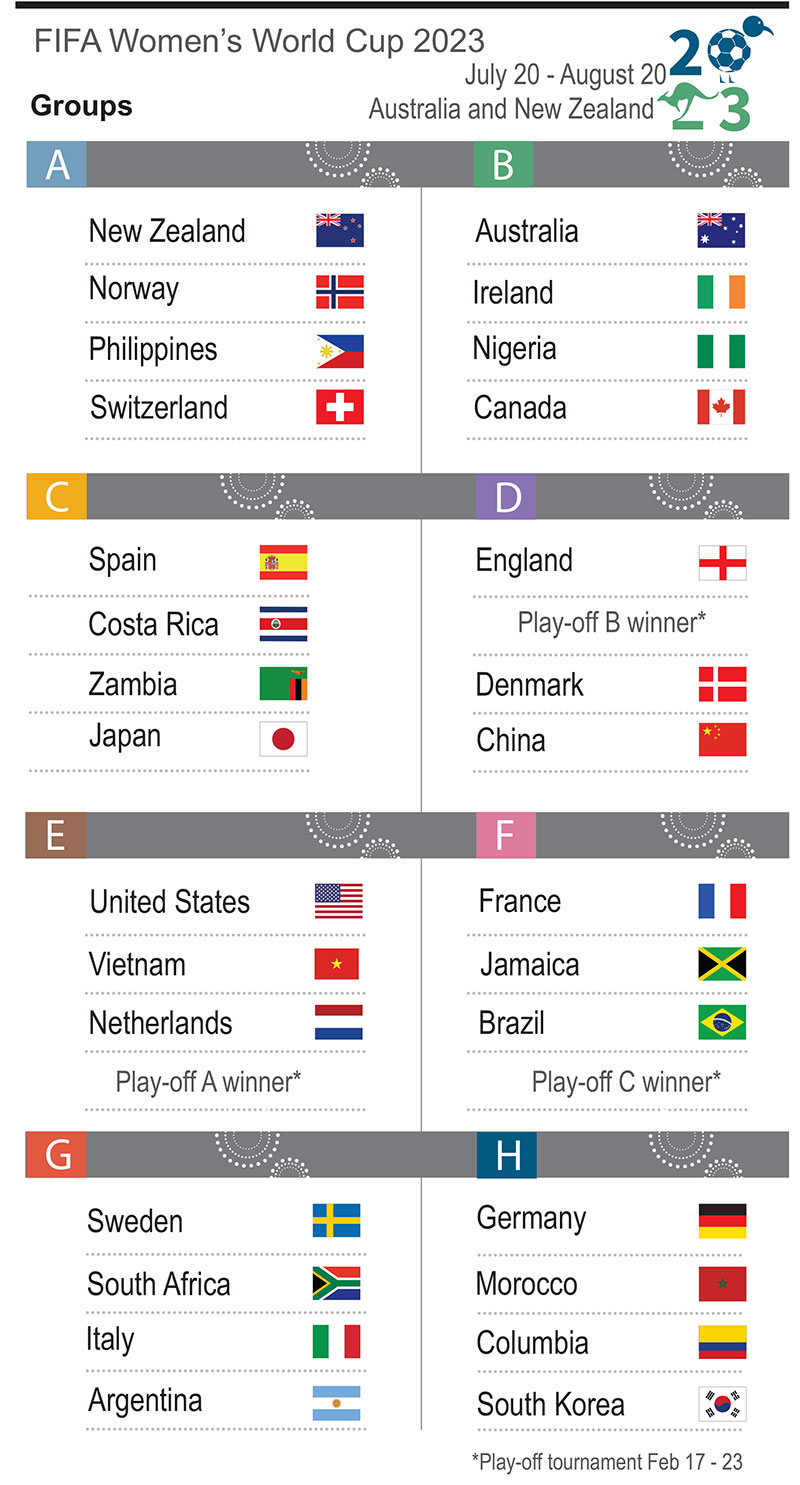