Tigers not worried about preparations

Bangladesh are not losing their sleep over their World T20 preparations despite not being able to play their last practice game against South Africa ahead of the tournament due to rain at Allan Border Field in Brisbane, Australia on Wednesday.

Bangladesh were desperately looking to play the game against South Africa as they are yet to fix a couple of spots but all their plans went in vain as the rain forced them to abandon the game without a ball being bowled.

Bangladesh’s team manager Rabeed Imam told The Daily Sun on Wednesday that they are not too worried as they could not play the last practice game considering the fact they still have a couple of days to hone their skill set.

“I don’t think there is any lack of the team’s preparations (despite not getting the chance to play the practice match against South Africa) because we still have two more practice sessions,” Rabeed said. 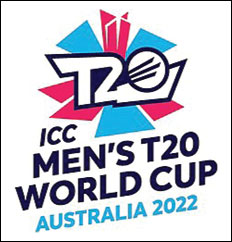 “Weather permitting we will have a practice tomorrow and we also may get the center wicket while we also have the schedule to practice the following day (Friday) and as there are no practice matches now we can avail the facilities,” he said, adding that they are not too concerned with Liton Das as far as his injury is concerned considering they feel he got enough time to recover.

“He (Liton) got hit while practicing in the nets before the last match against New Zealand and so if we calculate than he has 7/8 days to recover,” he said.

“He is in good form and there is no worry about his fitness and he is batting in the nets now,” he added.

Bangladesh will be eyeing to turn things around when they start their World Cup campaign on October 24 and in order to do so they need to emphasise on a few areas.