On his arrival at Tungipara, Prime Minister Sheikh Hasina and her sister Bangabandhu's youngest daughter Sheikh Rehana, local dignitaries and senior officials of the administration welcomed the President.

Accompanied by his family members, including his eldest son Engineer RezwanAhammadTaufiq, MP, and Bangabhaban officials, the President offered fateha and joined a munajat (doa) seeking eternal peace of the departed souls of the Father of the Nation, Bangamata Begum Fazilatunnesa Mujib and other martyrs of the August 15, 1975 massacre.

Prayers were also offered seeking divine blessings for good health and long life of the President and Prime Minister Sheikh Hasina and their family members as well as continued peace, progress and prosperity of the nation.

Earlier, the head of the state paid rich tributes to Bangabandhu by placing a wreath at his mazar.

Later, President Hamid alongwith his family members placed another wreath at the mazar.

The President, after laying the wreath there, stood in a solemn silence for some time as a mark of profound respect to the memory of the architect of the independence, who was brutally killed by some disgruntled army personnel on the fateful night of August 15, 1975 along with most of his family members.

The President’s motorcade arrived at Tungipara by road at 435 pm crossing the Padma Bridge.

After getting onto the bridge, Abdul Hamid got out of his car to enjoy the view of the mighty Padma River. The President also attended a photo session with his family members and officials concerned there.

It is his (President) first visit to Tungipara, crossing the Padma Bridge since its inauguration. 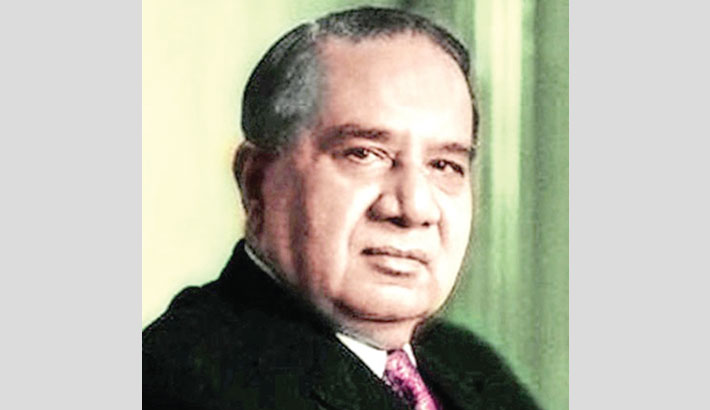