Liverpool eased to a comfortable 2-0 win in the 'Battle of Britain' against Rangers in the Champions League group games on Tuesday while Napoli underlined their credentials with an impressive 6-1 thrashing of Ajax in Amsterdam.

On a night when a minute's silence was held before every match in tribute to the 131 victims of the Indonesia stadium tragedy, Bayern Munich and Club Brugge also made it three wins from three while Inter edged Barcelona in a tight contest in Milan.

Jurgen Klopp's Liverpool went into their Group A game against the Scottish champions on the back of just three wins in their first nine Premier League and Champions League games of the season. 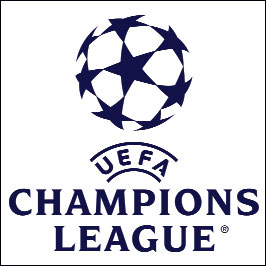 But they settled quickly when Trent Alexander-Arnold produced a sublime free-kick to put the home side ahead after just seven minutes.

Seven minutes into the second half, Leon King's challenge caught the legs of Luis Díaz to give away a penalty.

Mohamed Salah stepped up and struck the ball down the middle as McGregor was unable to repeat the penalty-saving heroics he produced against Napoli.

Napoli stay top of Group A after another impressive victory, coming from behind to hammer Ajax 6-1 to take their tally of goals to 13 from three matches.

Bayern moved to the edge of qualification with a third successive win, thrashing Viktoria Plzen 5-0 in Group C.

German international Leroy Sane struck twice, opening the scoring from distance after seven minutes and adding a second five minutes after the break.

Substitute Eric Maxim Choupo-Moting came off the bench at half time and added the fifth just before the hour mark.

Hakan Calhanoglu fired Inter Milan to a 1-0 win over Barcelona at the San Siro which took the Italians into second spot in Group C, three points behind Bayern.

"If you ask me I'm outraged... the word is outrage because it makes no sense, it's an injustice," Xavi told reporters.

Club Brugge also claimed a third successive win to continue their surprise charge towards the next round.

Kamal Sowah and Ferran Jutgla were on target as the Belgian side made short work of Atletico Madrid in Group B.

Club Brugge top Group B, three points ahead of the other three teams after Porto beat Bayern Leverkusen 2-0 with second half goals from Zaidu and Galeno.

Sporting Lisbon's march in Group D came to a shuddering halt in Marseille where the home side came from a goal down to win 4-1 and get their first win under their belt.

Lisbon still top the group with six points, two ahead of Eintracht Frankfurt and Tottenham Hotspur who played out a goalless draw in Germany.