The last time Pyongyang fired a missile over Japan was in 2017, at the height of a period of "fire and fury" when North Korean leader Kim Jong Un traded insults with US president Donald Trump.

The drills aimed to demonstrate the allies' "capabilities to conduct a precision strike at the origin of provocations," South Korea's Joint Chiefs of Staff said in a statement.

On the other hand, North Korea voiced support Tuesday for Russia's annexation of areas of Ukraine that its troops occupy, and accused the US and its allies of acting like a gangster by leading a drive at the UN against Moscow's behavior.

The United States and other Western countries have called those referendums shams carried out at gunpoint and vowed never to recognize the annexation.

But North Korean Foreign Minister Jo Chol Su defended those referendums on joining Russia as perfectly legitimate and "held in keeping with the UN Charter laying down the principles of the equality of peoples," the state run KCNA news agency said. North Korea is an ally of Russia.

"An overwhelming majority of the voters supported the integration with Russia," Jo said in a statement, KCNA reported. 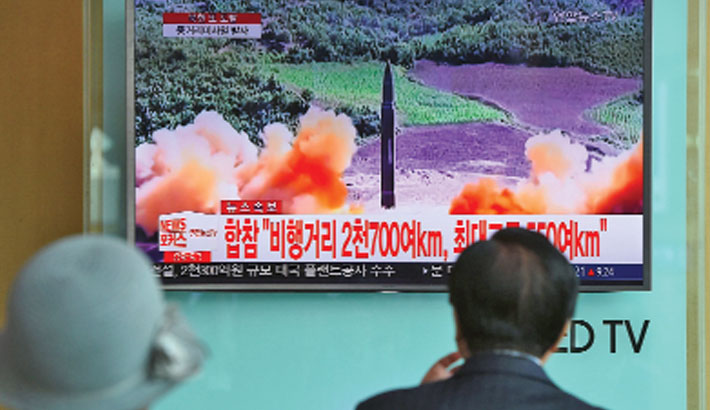