Ekushey Padak-winning veteran journalist and Editor of the Dainik Bangla Toab Khan was laid to eternal rest at Banani graveyard in the capital on Monday.

His body was first taken to the Dainik Bangla office, where his first namaz-e-janaza was held, at 10:00am. Later, the body was taken to Central Shaheed Minar, where he was given a guard of honour led by Dhaka Deputy Commissioner (DC) Shahidul Islam, around 11:30am. 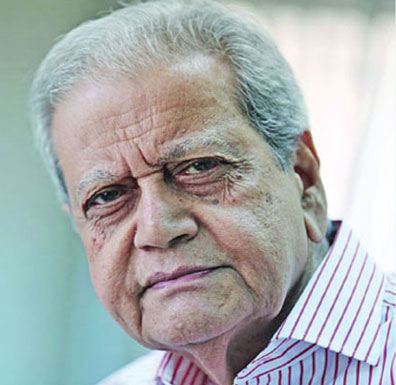 His daughter Tania Khan, brother prominent journalist Abed Khan and nephew journalist Salim Khan, among other family members, were               present at Shaheed Minar at that time.

His body was taken to the National Press Club, where the second namaz-e-janaza was held, around 1:00pm.

Before the janaza, President of the press club Farida Yasmin said, “We are deeply saddened by the death of Toab Khan, a lifelong member of the club. It is painful to bid a final farewell to Toab Khan. We will never forget him.”

Information and Broadcasting Minister Hasan Mahmud said, “Toab Khan was a legend in the history of journalism in Bangladesh. He made a brave contribution to the liberation war in 1971. After the war, he worked as the press secretary of Father of the Nation Bangabandhu Sheikh Mujibur Rahman. He also served as the chief information officer and was also the director general of PIB.”

“When Dainik Pakistan changed its name to Dainik Bangla, its first editor was Toab Khan. Today he left us serving as the editor of the daily. Many famous journalists of Bangladesh have been born at his hands” he added.

After that the body was taken to his residence in Gulshan. The third janaza was held at Gulshan Azad Masjid.