BAGERHAT: Already hit hard by the corona pandemic, shrimp farmers in Bagerhat district have been dealt another severe blow this year—incessant showers and consequent tidal surges.

This year, shrimps, crabs and different species of fish worth over Tk 6 crore have been swept away by tidal surges with more than 8,000 shrimp enclosures going under water across the southern district, pushing many farmers to the brink of starvation, reports UNB.

In Chanditola village of Bagerhat’s Rampal upazila, for instance, most of the farmers have lost their shrimp enclosures to the late-monsoon showers and tidal surges.

The scenario is the same in villages across other upazilas of the district, prompting the District Shrimp Farmers’ Association to demand from the government an insurance scheme for their members to protect them from such unexpected losses.

A recent reality check by the agency revealed that thousands of shrimp enclosures across Sadar, Rampal, Mongla, Morelganj and Shoronkhola upazilas were washed away following five days of incessant showers—from September 10 to September 14.

Though the Bagerhat fisheries department estimates the loss to be around Tk 6 crore, farmers say the loss that they’ve incurred is much more than that—in fact, many have gone broke.

One such farmer is Meer Harun-or-Rashid of Majhidanga village in Sadar upazila, who has been cultivating shrimp for the past 20 years.

“I had to endure losses at the beginning of the year due to a drought-like situation. Besides, viral infections had caused many shrimps in my enclosures to die. Finally, rising water levels and heavy rains have taken away my remaining hopes, which was worth a few lakhs,” said Harun.

Mahitul Islam Sumon, president of Bagerhat District Shrimp Farmers’ Association, was quick to demand an insurance scheme for farmers to save them from going bankrupt.

“Shrimp worth crores get washed away during natural calamities every year. We demand an insurance scheme for the shrimp farmers of this district to help mitigate their losses,” he said.

“Depths of the shrimp enclosures have to be increased. Besides, all the shrimp minnows have to be bought from the same place. Before releasing the minnows in the enclosures, they have to be nurtured for some time. In this way, shrimp farmers will be able to make profits,” he said.

According to Rasel, the farmers’ interest in shrimp farming will return if they can get easy loans from the banks. “Efforts of the farmers combined with the government’s projects related to this sector will help bring back the hay days of the shrimp business.”

According to the fisheries department, there are a total of 77,657 fish enclosures across 69,190 hectares of land in Bagerhat district. The total number of fish farmers in the district is 62,000. 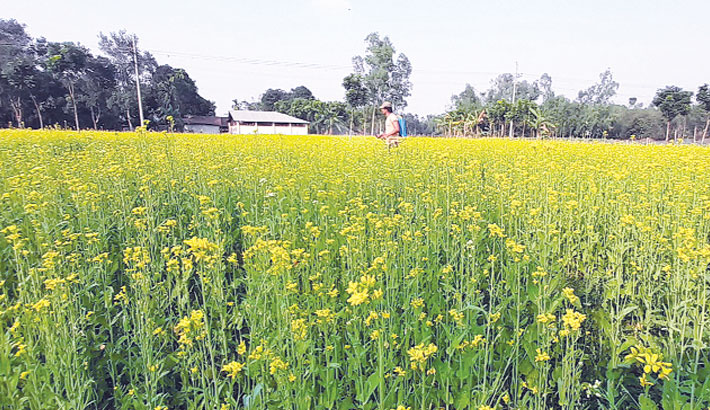