Members of the Rapid Action Battalion (RAB) arrested four master minders of a human trafficking ring from the capital's Gulshan and Cumilla'sChauddagram with 16 passports on Monday, reports BSS.

Acting on a tip-off, a team of the RAB conducted separate drives in the areas and arrested them. 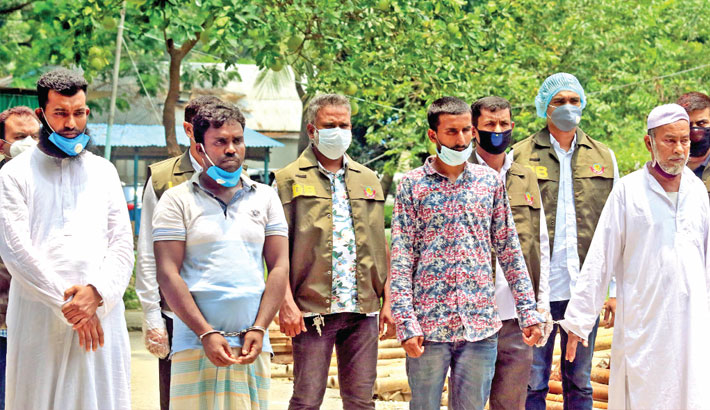