Lead (Pb) is a heavy metal element found naturally in the environment as well as in manufactured products. The Earth’s crust contains lead that can be released directly into the air as suspended particles. Lead is a chemically resistant and relatively soft metal. Anthropogenic activities such as the burning of fossil fuels, through vehicle exhaust, suspended atmospheric particles, untreated municipal sewage in urban areas, fertilizer and pesticide use in agriculture, a limited planned capacity of municipal solid waste, and mining operations, especially coal in Bangladesh also releases lead in the atmosphere. The atmospheric transmission and deposition on food, soil and other surfaces are the major sources of lead contamination in our daily food.

Humans have used lead in various applications for thousands of years, with some of the past uses having left behind serious environmental and health problems. Heavy metals are contained in suspended air particles, and these metals eventually settle onto the soil as a result of natural precipitation and sedimentation processes. Toxic heavy metals can collect in different sections of the human body and create serious health issues through multiple exposure routes, including as food intake, breathing and drinking. In Bangladesh, illegal recycling of used lead-acid batteries (ULABs) in the open-air and close to homestead areas is considered to be a major source of lead exposure. This poses a significant health risk for both children and adults.

Along with unplanned industrialization and urbanization, lead production and consumption have greatly expanded worldwide. Through soil erosion, volcanic eruptions, sea spray, and bushfires, lead can be discharged into the air, water, and environment. Nearly half of the 2 million people lost their lives in 2019 due to exposure to known chemicals, according to the World Health Organization's (WHO) 2021 update of the “Public health effect of chemicals: knowns and unknowns”, were caused by lead exposure. According to estimates, lead exposure has long-term consequences on health that results in 21.7 million years lost to disability and death (also known as DALYs) globally. 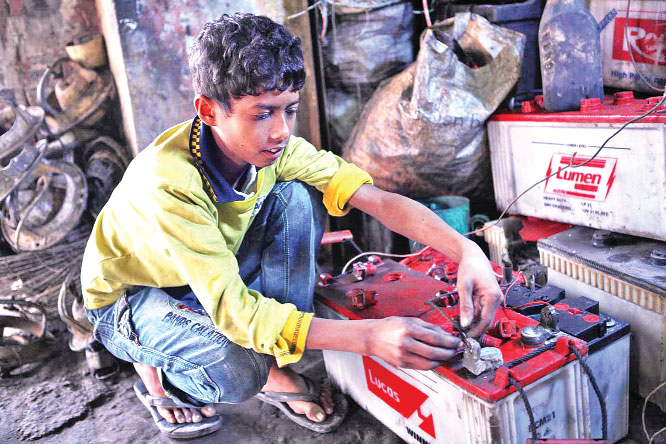 In 2020, according to the Institute of Health Metrics Evaluation (IHME), Bangladesh has the world's fourth-highest rate of death due to lead exposure with an average population blood lead level of 6.83 μg/dL, which is the eleventh highest in the world. According to their analysis, the economic damage caused by lead-related IQ decline in Bangladesh is equivalent to 5.9% of the nation's GDP. Furthermore, two- and three-stroke engines have been a significant source of lead pollution in Bangladesh's atmosphere since December 31, 2002. The atmospheric lead pollution decreased after the two and three stroke engines were prohibited, but recently some environmentalists observed that incomplete fuel combustion from vehicles in metropolitan areas is increasing the lead toxicity in the air along with other causes. According to 2018 World Bank report, nearly 1 million people in Bangladesh, mostly poverty-stricken, are at risk of lead contamination. In greater Dhaka, the sites contaminated by heavy metals are mostly in poorer neighborhoods.

Sources and routes of lead contamination in food: Heavy metals like lead are contaminating soil, water, and even the air as a result of growing industrialization and the use of various fertilizers, pesticides, and herbicides in agricultural fields. Furthermore, the random disposal of domestic garbage, livestock manure, and abandoned metallic parts are the primary causes of soil and water contamination. Exposure to contaminated vegetables may result in a variety of diseases and damage normal physiological activities. Lead in water from the use of leaded pipes contaminates the water; active industries like mining and battery recycling releases lead containing dust particles; lead-based paint and pigments falls into dust particles; these suspended atmospheric, leaded gasoline, which has declined considerably in recent decades, but was a major historical source; lead solder in food cans; and lead in spices.

Lead is a well-known environmental hazard that can have a variety of negative multi-systemic impacts when someone is exposed to it. Humans may be exposed to lead from air pollution directly, unintentionally by inhalation, or through lead that has accidentally contaminated our food, soil or dust. The primary method of human exposure to lead that was initially discharged into the air is by ingestion of lead that has settled on food or other surfaces. High-blood lead levels (BLLs) during pregnancy are particularly concerning since lead can have negative effects on a mother's health and her unborn child's development problems such as hypertension, miscarriage, preterm delivery, low birth weight, and developmental impairments. Additionally, among women who had high lead levels before getting pregnant, the increased bone turnover that takes place during pregnancy may increase fetal exposure. The World Health Organization’s 2021 update of the “Public health impact of chemicals: knowns and unknowns” estimate that nearly half of the 2 million lives lost in 2019 were due to lead exposure. According to the estimates, lead exposure causes long-term health effects that result in 21.7 million years lost to disability and death (also known as DALYs) worldwide. This includes 30% of the burden of idiopathic intellectual disability, 4.6% of the burden of cardiovascular disease, and 3% of the burden of chronic kidney diseases. In Bangladesh, it is estimated that 35.5 million children are affected by blood lead levels above 5 μg/dL, making the country the fourth most-seriously hit in the world in terms of the number of children affected. Children are more vulnerable to the dangers of lead exposure because of the percentage of lead their developing bodies absorb compared to adults, as well as how vulnerable their developing brains and nervous systems are. According to Centers for Disease Control and Prevention (CDC) children who have been exposed to lead may develop neurobehavioral disorders that impair their cognitive and academic ability over time. A study done in 2018 by Forsyth et al., stated that, the distribution of BLLs was right-skewed with a mean of 4.7 (SD 3.6) μg/dL. Of the 430 women, 31% had BLLs > 5 μg/dL and 6% of women had elevated levels > 10 μg/dL. The maximum BLL was 29.1 μg/dL, nearly 6 times greater than the CDC threshold for elevated BLL.

Preventing steps: An ideal food system is envisioned to provide healthy diets for people, especially for children and pregnant women and be sustainable for the environment. Many countries have recently begun routine monitoring and assessment of heavy metals like lead and mercury in food and plants. However, there is insufficient evidence on the level of heavy metal contamination in Bangladesh. The World Bank is assisting Bangladesh's efforts to improve air quality in urban areas, and is supporting an Air Quality Management Project (AQMP) which seeks to enable the government to build its institutional capacity to undertake air pollution including lead control activities, initially in the capital city of Dhaka. Then AQMP will encourage the Bangladesh Road Transport Authority, the Department of Environment, and others to work together in dealing with it.

The writer is the Chairman, Center 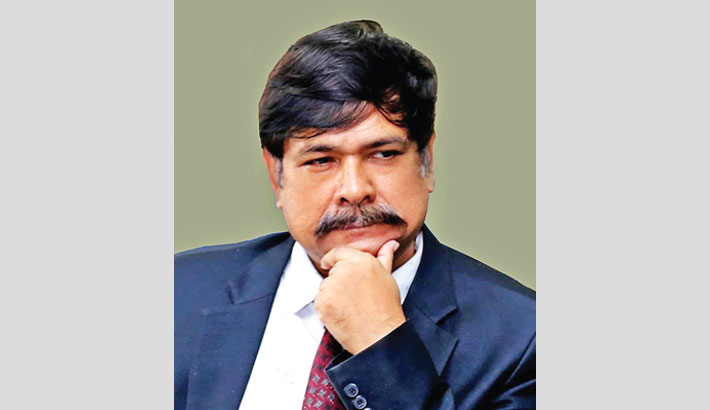