Bangladesh women’s national team head coach Golam Rabbani Choton said that he has plotted a ‘special plan’ to beat the hosts Nepal when they will lock horns in the 6th SAFF Women’s Championship final tomorrow.

The Bangladesh coach did not disclose his special plan in detail but hinted there could be changes in the team’s formation and conventional attacking approach in the final which could mean that the team might rely on ball possession rather than high-line pressing.

“We had applied different formations and approaches based on our opponents’ qualities in this ongoing competition. We didn’t apply the same strategies against India, Pakistan and Bhutan or Maldives,” Choton told The Daily Sun on Saturday. 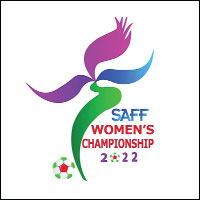 “The final against the hosts (Nepal) will be the toughest match of this competition; also Nepal team will have the support of the local crowd,” he said.

“We have a special plan for Nepal. We know that they build up the game from their defencive areas and then go on the attack quickly. They can also play possession football. We are able to apply both strategies of high pressing football and possessive football. They know our strengths, we may bring some changes here,” he added.

Choton has been gaining success through his plans and strategies in this competition so far. Bangladesh maintained an all-win record and clean sheets on their way to the final.

The women in red and green scored 20 goals but didn’t concede a single so far. They beat Maldives, Pakistan and India convincingly by 3-0, 6-0 and 3-0 goals in Group A matches and Bhutan by 8-0 goals in the first semifinal of the tournament.

Meanwhile, the hosts Nepal also maintained an all-win record and clean sheets, though their goal numbers were not as huge as Bangladesh. They scored 11 goals beating Bhutan and Sri Lanka by 4-0 and 6-0 goals in the Group B matches while narrowly escaped India by 1-0 goals in the second semifinal.

However, the hosts will have some psychological advantages as they earlier won a two-match series against Bangladesh by 1-0 at their home last year’s September. They also beat Bangladesh by 2-1 goals in the first match and held them by a goalless draw in the second match.

Nepal also have the experience of playing in the SAFF Women’s final three times in 2010, 2012 and 2014 while Bangladesh once in 2016, though both teams were beaten by India.

“We earlier said that we don’t think about the statistics or any previous history. We also said that the team will play a new football in Nepal which we already have proved on the field. My players just want to play football, they don’t think about any past history,” Choton ended.

The booters held their gym and swimming sessions at The Soaltee Kathmandu hotel and on-field sessions at Army Headquarters Ground in Kathmandu, Nepal on Saturday.

Bumrah out of SA T20s