We want to clinch the trophy now: Sabina

Bangladesh national women’s football team captain Sabina Khatun on Friday said that they are determined to clinch the title of the SAFF Women’s Championship after reaching the final of the competition.

Bangladesh outplayed Bhutan by 8-0 goals in the first semifinal of the ongoing tournament at Dasharath Stadium in Kathmandu, Nepal on Friday.

Captain Sabina scored her second hat-trick in the tournament during the match while Sirat Jahan Shopna, Krishna Rani Sarker, Ritu Porna Chakma, Masura Parvin and Tahura Khatun netted one goal each for the winning side. 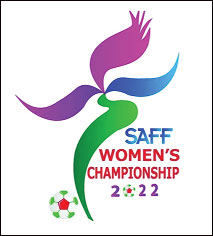 Bangladesh previously reached the final of the SAFF Women’s Championship only once in 2017 where they had to finish runners-up after losing to India by 1-3 goals in Siliguri, India.

This year, they will face hosts Nepal in the final, who defeated five-time champions India by a solitary margin in the day’s other semifinal.

Both Bangladesh and Nepal are unbeaten in the tournament so far and haven’t also conceded a single goal in the competition.

Sabina also said that the win is proof of the improvement of women’s football in Bangladesh.

“We have proved that women’s football in Bangladesh has improved a lot. We gave this proof on the field,” she said while crediting the victory to their head coach.

Bangladesh head coach Golam Rabbani Choton said that they didn’t think about the goal margin, rather their target was to win the match.

“We didn't think about the goal margin. I knew the girls would score if they could play well. We planned to win the semifinal. The credit went to the whole team, every player – goalkeeper, defenders, midfielders and forwards. They were determined and proved it on the field,” he said.

Bangladesh are now eyeing to clinch their maiden SAFF title when they take on the hosts on Sunday at the same venue.