We are sorry: Shakib

Bangladesh T20’s skipper Shakib al Hasan seeks apologies to the fans as they were knocked out from the T20 Asia Cup after losing to Sri Lanka in their do-or-die game.

Group B toppers Afghanistan advanced to Super 4 earlier while Sri Lanka became the second team from group to qualify for the next phase as they earned a thrilling two-wicket win over Tigers that forced them to return home empty handed.

Bangladesh supporters came out in numbers to cheer their team in Dubai but ended up receiving agony as their team failed to win despite posting a challenging 184 on the board due to lackluster performance of their bowling unit, giving away 17 extras, which included eight wides and four no balls. 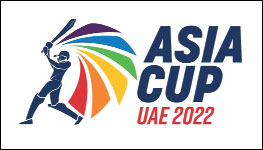 "We feel sorry for our fans. Everywhere we go, we get such superb support. I hope they will continue to support us in the coming days," Shakib said during the post-match presentation ceremony.

Shakib said that hat he feels that they paid the price of failing to absorb pressure against Sri Lanka in their do-or-die game.

Sri Lanka rode on a key 54-run stand between Kusal Mendis (60) and captain Dusan Shanaka (45) before the tail-enders helped achieve their target with four balls to spare.

Despite appearing to have seized the initiative at crucial junctures, Bangladesh conceded extras (8 wides and 4 no-balls) that proved to be costly as Sri Lanka chased down 184 with four balls to spare.

To make matters worse, Mahedi overstepped when Sri Lanka needed 3 off 4 as the batters fetched two runs apart from the extra to complete the win and knock Bangladesh out of the tournament.

Early in the innings, Bangladesh Mahedi Hasan dismissed Mendis on 29 runs but later it was found out to be a no ball and later on the right-handed batsman made them pay by playing a match winning knock. Mendis can also thank Mushfiqur Rahim as he dropped him when he was on two.

“No captain wants no ball and a spinner bowling no ball is a crime.  We bowled lot of no and wide balls and that is not disciplined bowling. These are pressure games and we need to learn a lot from here and move forward,” Shakib told reporters after the game on Thursday.

“The turning point could be when our batsmen got out and spinners bowling no ball is a crime. It proved how we can break in pressure situation and we need to improve on that skill-wise but we break whenever there is pressure and lose the game,” he said.

“We need to improve a lot in the death overs because we are leaking runs (in the death) all the time and we needed to have an eye-opener that what we need to do when we are in a pressure situation,” he added.

Shakib said that he was impressed by debutant Ebadat Hossain but added that unfortunately he could not deliver but insisted that it should be a learning experience for him.

The newly appointed T20’s skipper added that the pacers must understand that no one’s place is granted in the playing XI that seemed to be pointed to towards Mustafizur Rahman as his performance away from home is quite disappointing.

“On this kind of a wicket, 12 overs need to be bowled by pace bowlers and in most cases you would be expect that. Who can deliver will stay and who are unable won't be there. We have seen four bowlers in two matches and we hope that we would find four or five such pacers who can bowl 12 to 14 for us, because in Australia we need to depend on the pacers,’’ said Shakib adding that they need to play with their heads instead of heart.

“We are very emotional. That is the other area we need to improve. Keep our emotions on the side and play the way we need to play. More looking to give our head in the game than our heart in the game,” he concluded.

Meanwhile, Bangladesh will return home today and expected to have a short camp before they travel to New Zealand to play a tri-series involving Pakistan and New Zealand before beginning their campaign in ICC World T20.

Shakib, who is accompanying the national side on their way back home after a long time considering he prefers to go to USA after completing an international assignment, will be leaving the country shortly as he will take part in the ongoing Caribbean Premier League.