Indian state of Assam is going to purchase 30 Gbps internet bandwidth from Bangladesh.

Assam Electrics Development Corporation (ADC) delegation confirmed it to Posts and Telecommunications Minister Mustafa Jabbar during a courtesy call in the latter’s Secretariat office in Dhaka on Tuesday.

“In November, both party will complete the procedure to trade bandwidth,” an official press note said.

The Indian state will ensure the installation of connectivity through Goahati via Duke of Meghalaya. 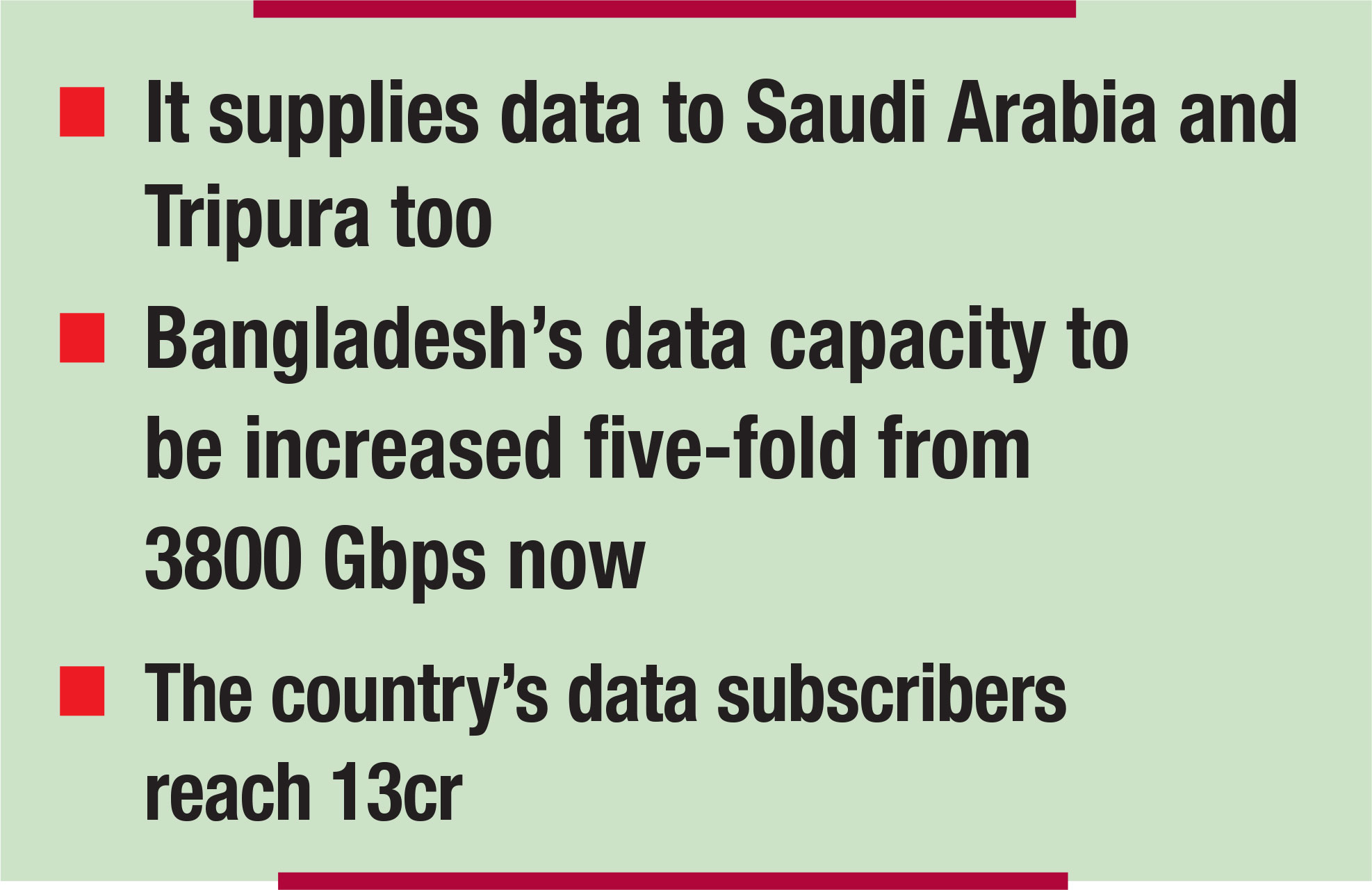 Posts and Telecommunications Minister Mustafa Jabbar said Bangladesh has no problem to export the internet bandwidth as it has a surplus.

Now, Bangladesh is exporting bandwidth to Saudi Arabia and India after meeting local demand, he said, adding that Indian state of Tripura imports 20Gbps of bandwidth from Bangladesh.

Bangladesh is also going to get connected with third submarine cable which will add 13200 Gbps bandwidth, Mustafa Jabbar informed.

Besides, the first submarine cable will add 3800 Gbps more bandwidth, the minister said.

He said, “Bangladesh bandwidth capacity will be increased five-fold from the existing capacity.”

Currently, Bangladesh has a demand of 3800 Gbps of bandwidth while the number of data subscribers in the country stands at 13 crore, increasing from only 8 lakh in 2008, Mustafa Jabbar said.