The Tigers earlier took a flight to Dubai from the Hazrat Shahjalal International Airport in Dhaka at 05:15pm (BST) on the same day to participate in the forthcoming regional competition.

Pacer Taskin Ahmed and opening batsman Anamul Haque Bijoy couldn’t accompany the team in the fight after they had some visa issues. Both of them are expected to travel to UAE today.

Another opening batsman Mohammad Naim, who was part of the Bangladesh A team during the recent tour of West Indies, joined the team in Dubai on the same day.

Bangladesh head coach Russell Domingo, who was recently stripped of his role overseeing the T20 side, didn’t travel with the team. 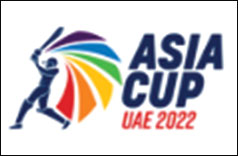 Bangladesh are in Group B alongside Sri Lanka and Afghanistan for the upcoming Men’s Asia Cup.

They will begin their tournament campaign against Afghanistan on August 30 in Sharjah before they face Sri Lanka in the last group match on September 1 in Dubai.

The top two teams from each group will progress to the Super 4 while the top two sides from the Super 4 stage will play in the final in Dubai on September 11.

Bangladesh are the reigning runners-up side in the tournament. During the last edition in 2018 which was played in the 50-over format, they lost to India by three wickets in a nail-biting final.

The tournament was initially scheduled to take place in Sri Lanka but due to the political unrest situation in the sub-continental country, it moved to UAE although Sri Lanka remained the host side.