August 21, 2004, Saturday. The summer heat was losing its steam and the autumn was setting in. It was a weekend and Bangladesh’s largest political party, Bangladesh Awami League called for a public rally to protest the rising scare of religious militancy and terrorism in Bangladesh, mostly fuelled by the doctrine of the Taliban and the Salafism. That the militants were being aided by the then Begum Zia led four party alliance government was very much evident from the actions of a section of law enforcement agencies in the districts of North Bengal. They were also supported by other state machineries and the local leaders of BNP-Jamaat axis, presumably to annihilate any one or any political party, including Bangladesh Awami League who challenged their insatiable lust for power and unholy desire to cling to the state power by any means and establish a Talibani State. During this time Awami League was not permitted to hold any public rally anywhere in the Dhaka City by the law enforcement agencies. The party requested the DMP for permission to hold this rally in a small open space adjacent to the Dhaka GPO named ‘Muktangon’. That too was denied in the last moment. On the day of the scheduled meeting the party announced in an advertisement published in the mainstream print media that the rally venue has been shifted to the open space in front of the party office at Bangabandhu Avenue. It was also announced the party President and Leader of Opposition in the Parliament Sheikh Hasina will address the meeting along with other party senior leaders.

By the time Sheikh Hasina arrived in the venue the entire Bangabandhu Avenue was full with the party workers, leaders and supporters. The number could be anywhere between 25 to 50 thousand.  Months before the Awami League rally was planned there was another conspiracy being hatched similar to the one that assassinated the Father of the Nation on August 15, 1975 with his entire family, excepting his two surviving daughters who were visiting Europe at that time. This 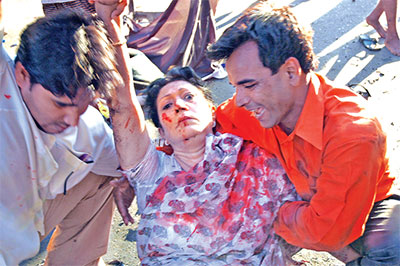 time the conspiracy was being planned by Begum Zia’s eldest son Tarique Rahman in his infamous power house `Hawa Bhavan’ and with him he had active  accomplices not only from the party insiders but also from senior leaders of BNP and Jamaat and the members of militant outfits like  Harkat-ul Jihad (Huji) and JMB. This time the conspiracy was to annihilate Sheikh Hasina along the senior leaders of Bangladesh Awami League. Tarique Rahman foolishly thought just annihilating one Sheikh Hasina and few senior leaders would annihilate the party and that would pave the way to install a Zia dynasty in Bangladesh whose rule would be perpetual. He, unfortunately has been a poor reader of history. Since Awami League’s birth  in 1949 similar attempts were made by successive Pakistani governments and finally by the conspirators of 1975 which included the covert support and assistance  of General Zia, father of Tarique Rahman and the founder of BNP. After 21 years in wilderness the same Awami League returned to power in 2006 under the leadership of Bangabandhu’s daughter Sheikh Hasina. The strength of the party always lay in the dedication of the grassroots level workers and able visionary leadership at the top.  Awami League is not only a political party but also a belief and spirit. The party has its own shortcomings and flaws but in the end good sense seems to have prevailed. In the past it rose from the ashes like the mythical Phoenix bird.

The law enforcing agencies would not allow any stage to be built for the rally. A truck was converted into a temporary stage from where the senior party leaders spoke. Sheikh Hasina was the last speaker and after finishing her speech while she was coming down from the truck at least 13 hand grenades were thrown on her truck and into the crowd from the rooftops of the nearby buildings, killing at least 24, fourteen on the spot. At least five hundred were seriously injured and some maimed permanently. Sheikh Hasina, by a divine blessing survived the attack as her party workers put a shield around her with their bodies, putting their own life in serious danger. Braving the bloodbath all around and not knowing what will be the final outcome of this mayhem, the party leaders escorted their leader towards Sheikh Hasina’s jeep that fast whisked her away to her residence in Dhanmondi. A final attempt was made when gun shots were fired at her jeep. This was one of the most traumatic experiences for Sheikh Hasina experienced in her life and one of the most devastating heinous crimes in the history of Bangladesh, next to the killing of the Father of the Nation.

When the wounded were brought to Dhaka Medical College Hospital no doctors were on duty. It was by design that all duty doctors were allowed to leave the hospital early. Grievously injured Awami League leader and wife of Zillur Rahman (later President of Bangladesh) succumbed to her injury in CMH. Ironically her family members were not allowed to visit her when she was fighting for life at CMH. Things took a very ugly turn when Begum Zia and her party members in the parliament shamelessly declared that the entire tragedy was enacted by Sheikh Hasina and the grenades were carried by her in her hand bag and thrown by her to discredit the government and make a general strike called by Awami League two days later successful.

On last Wednesday, a very senior  Barrister leader of BNP came on a private TV channel’s late night show and declared that the grenade attack was planned by the then Army Chief General Moin U Ahmed to destabilize the government so that they can seize power later. No remark could be so irresponsible from a senior leader of BNP than the one he made on that night. The problem with BNP is that they take the people of Bangladesh as a bunch of idiots, and that too in an information age.

As the days passed by the ugly face of the ruling party began to unfold. First they washed away all the evidence, including couple of unexploded grenades. They then produced one Joj Miah, a street vagabond claiming him to be the person responsible for the mayhem. He was coerced into giving a false testimony in the court and in return his family was given a monthly allowance. Besides Joj Miah couple of grassroots level Awami League supporters were also implicated in this orchestrated episode of so called investigation.  A day after the incident happened senior leaders of Awami League went to register a case in the local police station but the officers at the police station refused to register any case as they were instructed from the top not do so. The US FBI and Interpol made repeated visits to Bangladesh to provide technical support to the government’s investigating team but the government refused to take any such support.

Under local and international pressure the government formed a one-man judicial probe led by a High Court Judge, one Joynul Abedin. The judge cooked up another concocted story and declared that the attack was planned and executed by a neighbouring country (read India). It was the greatest sham and shame of the century coming from a member of the judiciary and soon Abedin was promoted as an Appellate Division judge. Joynul Abedin’s entire planned conspiracy collapsed when a section of electronic media lodged a series of investigation and discovered multiple holes in Abedin’s investigation.

In 2007 during the 9/11 government a fresh investigation was launched and soon puzzle pieces began to fall into its proper places and the facts began to see the light of the day. Senior leaders of Huji and JMB were rounded up from different places along with some very important leaders of BNP. In 2009 when Awami League formed the government the investigation was handed over to experienced professionals and after extensive investigation the actual facts began to unfold and it was revealed that the entire episode was masterminded by Begum Zia’s eldest son Tarique Rahman and with him he found active accomplices from the party, people like the former deputy minister Abdul Salam Pintu, former parliament member Kazi Shah Mofazzal Hossain Kaikobad, former state minister Lutfuzzaman Babar, Begum Zia’s political advisor Haris Chowdhury, Jamaat Leader Ali Ahsan Mohammad Mujahid, senior members of Home Ministry and members of some key national intelligence agencies. Meanwhile Joynul Abedin fled Bangladesh. Abdus Salam Pintu’s brother Maulana Tajuddin was entrusted with the executing the planned physical annihilation of Sheikh Hasina on that fateful late afternoon. Joynul Abedin was accused of receiving graft from the BNP government for submitting the cooked up investigation report implicating the so called a neighbouring country for August 21 incident.

In 2018 a Special Trial Tribunal in its judgment commented that the August 21 incident was a well-orchestrated plan, executed through abuse of state power, and of all the accused, 19 including Begum Zia’s son Tarique Rahman (now absconding in the eye of law and the acting Chairman of BNP) were found guilty and sentenced to life in prison and 18 others were sentenced to death, which included Lutfuzzaman Babar on charges of killing through criminal conspiracy. Others found guilty were also sentenced to different terms in prison that extended up to 20 years and it also included senior police and intelligence officials. The verdict of the trial court is waiting for final decision at the Appellate Division of the Supreme Court and perhaps people will have to wait for a concluding decision at the Supreme Court. Sometimes people are frustrated at the long drawn process of completing the final judgements of such important cases.

18 years have elapsed since the trial court gave its well thought judgment. Now it is high time that the case comes to a logical conclusion. In the meantime the BNP and their allies dream that soon Tarique Rahman will return to Bangladesh and become the Prime Minister of this country in case Begum Zia is unable to become the Prime Minister because of her conviction in a criminal case or due to her health reasons. Such a dream is simply dishonouring the sacrifices of the three million martyrs who laid down their lives for this country. May Allah bless Bangladesh and protect it from all evil forces? Respect to all those who were killed on that fateful August 21, 2004. 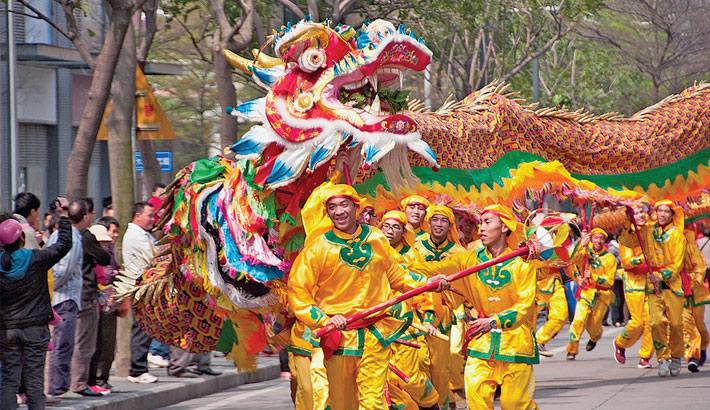 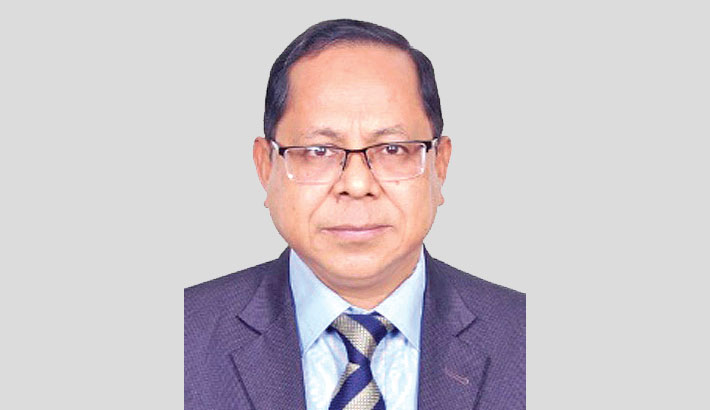